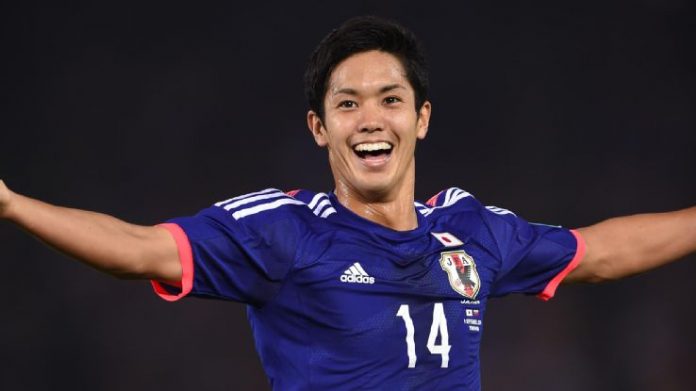 Chelsea have missed out in their quest of Japanese striker Yoshinori Muto. The current FC Tokyo man has instead chosen to join Bundesliga outfit Mainz, after fears of not getting regular first-team football at Stamford Bridge.

The news was reported initially on the website of Japanese news agency, Kyodo News. It has been relayed by reliable sources in England such as the Telegraph. According to the report, Chelsea had bit around £3.7 million for the 22 year-old in March.

While Muto has been very impressive in the past year or so, it was suspected that Chelsea’s move for him might by for commercial reasons rather than footballing ones. The Blues signed a bumper £40 million per year with Japanese giants Yokohama Rubber Company to be their shirt sponsors next season. Therefore, it was reported that the club’s interest in Muto was backed by Yokohama’s interest to promote football in Japan and in particular, enhance Chelsea’s popularity in their home country.

At the time, manager Jose Mourinho had said, “There is something that in modern management, you can’t completely close the door to a little bit of commercial interest.”

Muto has been in prolific goalscoring form this season, netting 8 goals in 10 appearances for his club side, while also scoring his first goal for his national team. He is a fantastic talent and a player to watch out for in the future, but a move to Chelsea may have not necessarily been the right one. With Diego Costa and Loic Remy already established as the first two strikers in the pecking order, Muto would have got marginal playing time with the Blues. There was, of course, the option of him going out on loan, but he has chosen instead to join another club itself.

Chelsea may have won the Premier League this season but Mourinho is experienced enough to know that they will have to continue improving to maintain their success next season. So, it wouldn’t be too much of a surprise if further money is spent this summer. While they have missed out on Muto, Atletico Madrid striker Antoine Griezmann is still high on the club’s list of targets.