Celtic striker Leigh Griffiths recently pulled out of the national team squad due to the lack of fitness.

Scotland assistant coach James McFadden has now hit out at the Hoops star claiming that the lack of fitness cannot be used as an excuse nowadays.

The former Scotland international believes that the facilities and resources at a players’ disposal nowadays help them in staying fit.

McFadden said: “The things you’ve got at your disposal now as a player, you shouldn’t really have an excuse for not being fit, for me.”

It will be interesting to see how the 28-year-old striker responds to these comments.

The Celtic striker was dropped from the squad last month and he was unhappy about it. His latest decision to pull out of the games against Israel and Portugal has clearly not gone down well with the Scotland coaching setup.

It remains to be seen whether that will land him in hot water with the SFA now.

Daily Record have shared a screenshot of the abusive tweet. 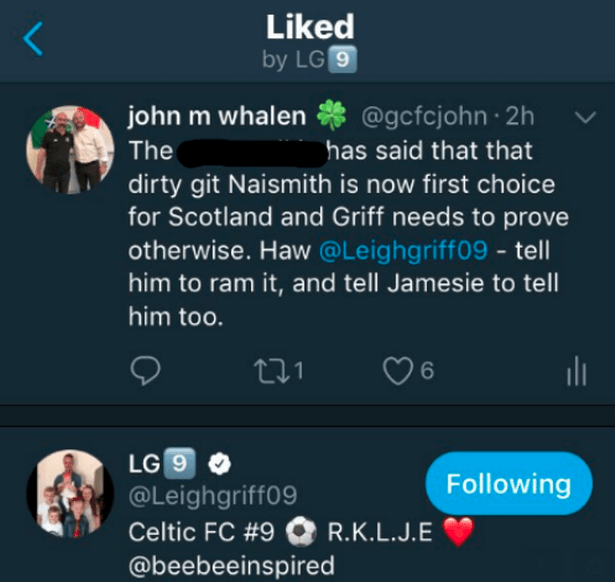