Greece not only secured a place in the World Cup finals by beating Romania 4-2 on aggregate, but they deserve a fair play award too for their handling of a error from Romania that could have altered the result of the first leg of the qualifying playoffs between the two teams last week. 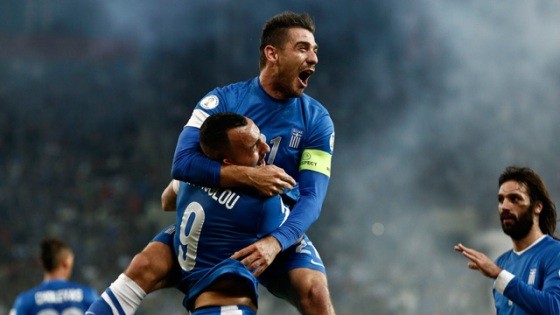 Greek newspaper SportDay reports that Greek federation officials noticed that Romania had violated a FIFA rule. In a 23-man squad for any game organized by FIFA, a team must include three goal keepers. Romania had failed to do so, probably they were not aware of the rules, but their main keeper Ciprian Tatarusanu, was not fit for the first leg due to an injury.

Federations only allow a team containing two goal keepers, when the squad is consisted of 20 players. In that situation, Romania would have lost the match by 3-0.

But, instead of playing the game and then resorting to FIFA, the Greece set-up led by director Takis Fyssas and with coach Fernando Santos did an excellent job by contacting the Romanian federation and alerted officials about their error before the match at the Karaiskakis Stadium.

The Romanian acted immediately and responded with honest gratitude. But, due to shortage of time, they added the name of an outfield player, instead of adding another goal keeper.