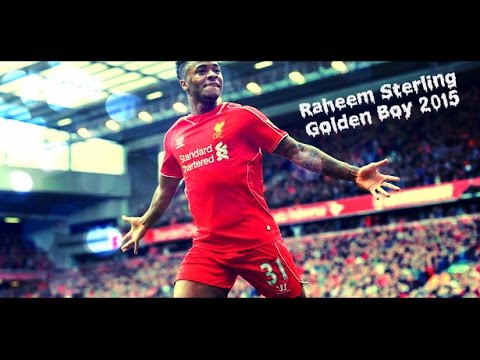 Liverpool forward Raheem Sterling has been awarded the coveted Golden Boy Award for 2014. This award, initiated by Italian newspaper Tuttosport, is given to the best young player around the world and is voted for by a handful of top footballing publications.

The Englishman, who recently turned 20, has been an instrumental part of Brendan Rodgers’ side since becoming a first-teamer last season. His consistent performances helped the Reds finish 2nd in the title race and almost overhaul Manchester City at the top.

Anyone below the age of 21 is eligible for the award, but Sterling was the runaway winner as the standout young player in Europe last season. He scored 10 goals in all competitions, including 9 in the Premier League.

Speaking to the club’s official website, Sterling expressed his joy at receiving the award.

“It’s a great achievement to win such an award,” Sterling reflected to Liverpoolfc.com immediately upon receiving the prize. “It’s a really happy feeling for me and my family, of course.

“Something I’ve always wanted to do is to work hard playing football and try to be recognised. I’m really grateful that people have shown me this recognition.

“It’s down to hard work. I’m really happy that people are recognising that I’m trying to work hard and do my best for this football club. I’m really grateful for this award.”

He added: “There’s always room for improvement. At this moment in time, I should have a few more goals, but I’ve not taken some of my chances. But I’m young and learning all the time.

“This award just shows that hard work gets you where you want to be, and that I’m on the right track for where I want to be in my career. Hopefully I can just keep working hard and try to take my game to the next level.”

Congratulations @sterling31, who was today announced as the winner of the prestigious 2014 European Golden Boy award pic.twitter.com/v76Ab90KAk

This season though, both the player and the club have been unable to live up to the high standards set last season. The Reds are languishing in the bottom half of the table in 11th, 18 points behind Chelsea at the top.

Sterling will want to improve on his return of 3 league goals, and Arsenal’s trip to Anfield on Sunday provides the perfect opportunity for him to change both his and Liverpool’s season around.

You can watch the new Golden Boy of Europe’s goals and assists on this video below: