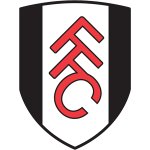 Fulham FC defeated Bolton Wanderers 3-1 away in their last league match, their first win in four league outings and their first victory on the road this season.

In their last five, Fulham have won two, drawn one and lost two, picking up seven points from the fifteen available. The Cottagers currently sit 9th in the league, two points clear of 10th place Manchester City and one point behind 8th placed Wigan.

In their last five, Man Utd have won four and lost one, earning twelve from fifteen potential points. They are currently 1st in the league, leading 2nd placed Chelsea and 3rd placed Liverpool by four points with a match in hand.

Manchester United will be without Owen Hargreaves and Wes Brown, whilst Gary Neville and Rafael are still doubtful.

Man Utd will also be without Nemanja Vidic for two matches, after the defender picked up a red card in Manchester United’s loss last week to Liverpool.

Manchester United beat Fulham 3-0 earlier this season at Old Trafford, whilst last season’s Fulham vs Manchester United fixture also ended in a 3-0 Man U victory. Man Utd also posted a convincing 4-0 victory over Fulham at Craven Cottage only two weeks ago in the FA Cup Quarter-Finals.

Fulham’s win last week against Bolton may serve to reinvigorate the Cottagers after a small run of disappointing results for the squad. On the other side of the pitch, it will be interesting to see how Manchester United respond after last week’s thrashing at the hands of rivals Liverpool.

The Premier League title is still very much in the hands of the Red Devils at this point, but with Chelsea and Liverpool hot on their heels, Manchester United cannot afford to make any mistakes in their end of season run-in. Man Utd manager Sir Alex Ferguson said that his team will “respond” with a strong performance after last week’s result, and this is exactly what the defending champions will likely do.

Manchester United will go into this match as heavy favourites for the victory, and a greater margin than expected may even result as the Red Devils go out to prove a point. However, with Fulham holding a great home record (having only lost three matches at Craven Cottage all season), it may indeed prove a tough fixture.

Although the thought in the back of one’s mind may be as to whether United will crack under the pressure following last week’s demoralising defeat, all signs point towards the reigning champions overcoming adversity and continuing with their near-faultless recent run of results with a victory in this match.