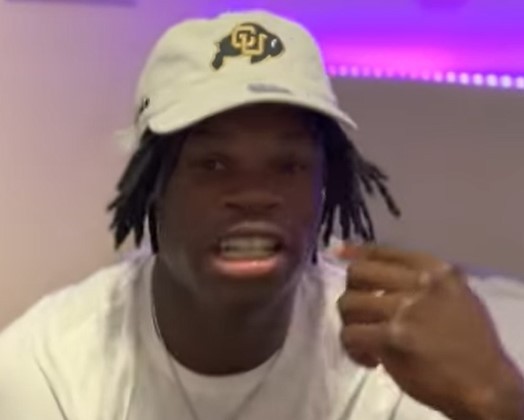 When Travis Hunter hit the NCAA transfer portal a few days ago, some believed he could be heading to Georgia or Florida State. However, Hunter had other ideas and followed his former coach at Jackson State, Deion Sanders to Colorado. Sanders made a massive splash when he landed Hunter at JSU last year and he has done it again, landing the widely regarded number one prospect in the transfer portal. Colorado has a top-ten transfer class which also include Coach Prime’s son, Shedeur Sanders.

Deion Sanders Does It Again

‘Coach Prime’ has done it again. Deion Sanders pulled off the incredible coup of landing Travis Hunter at JSU when he was the number one recruit in the country last year. This year, Sanders took the head coaching role at Colorado. With that news, several JSU players hit the portal including Travis Hunter. Hunter was the number one prospect in the NCAA transfer portal and Sanders has managed to capture his signature for the Buffaloes.

It speaks to the magnetism of Sanders that players of this caliber want to follow him. He already has a top-ten transfer class this year and has done so with a school that has a 1-11 record on the season.

Hunter is so talented that coming into this season many thought he had CB1 and WR1 talent. He has played on the both sides of the ball, but his potential future likely lies at cornerback.

Your Boy is Officially a Buffalo

Hunter said he would announce where he was going once his YouTube channel reached 100,000 subscribers. It hit that milestone on Wednesday evening and Hunter announced his decision.

Hunter seemed giddy with excitement as he pulled on a Colorado cap. “Your boy is officially a Buffalo,” Hunter said in his YouTube announcement.

Hunter will be joined in Colorado by Deion Sanders’ son, Shedeur. Shedeur Sanders played at quarterback for JSU and was a four-star recruit out of high school. Former Jackson State offensive lineman Tyler Brown will also join them.