The wait is over. Football fans and passionate gamers all over the world can enjoy the brand new Football Manager 2014, as the game is releasing today on various platforms. One of the major changes brought by developer Sports Interactive in Football Manager 2013 was the addition of Classic mode, a simplified version of the game for those who doesn’t want to spend hours for one particular football game. Clearly, the focus was led to attract players who don’t necessarily belong to the categories of “football nerds”.

Football Manager 2014 is more sophisticated and although classic mode has seen variety of changes, the new additions and alterations done to the fully featured side of the game is highly absorbing, thrilling and challenging. Tactics have undergone a massive change and it constantly forces you to adapt to the changing tactics of your opponents.

In terms of systems and formats, there is hardly any major difference from FM 2013. However, the design part is more eye-catchy. Categories are colour coded, inbox remains as usual the primary hub of information of your club but the lay-outs on the screen are clearer and easier to read, hence gives a user-friendly experience. 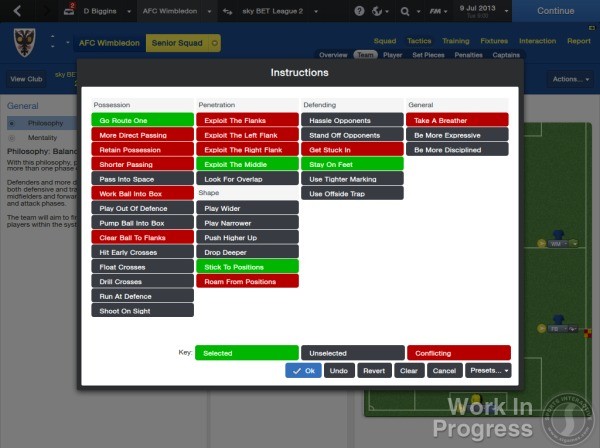 In FM 2014, you’ll find interactions are more realistic. You will have meetings with chairman where you can discuss transfer budgets and targets for the season. Likewise, in the press conference, you’ll be asked a varied type of questions with options of how you respond; the tone ranges from calm to animate. The best part of FM2014 is that your reactions on everything leave an impact on the team. You can ask your captain to have a chat with your new signings or any under-performing player. Likewise, you can always have discussions with your backroom staff and can reprimand any football manager for not giving adequate chances to your loanee youngster.

Transfer negotiations are more realistic in FM 2014. Unlike in previous seasons, here you don’t have to wait for days to get a reply from the other team over the availability of any player. Here, with a given option “suggest terms”, you propose a fee to a club and reply comes immediately. It saves a lot of time during the transfer windows as the negotiations are lot easier. For instance, if a club is unwilling to sell a player, you can always add extra incentives to change their stance. 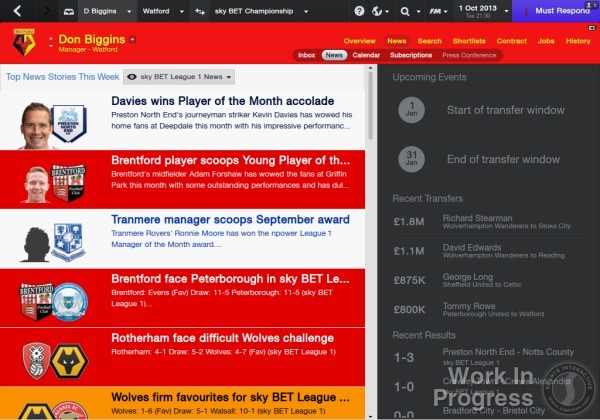 The best part is the immediate loan-back options for any player. For instance, you’re managing Real Madrid and have signed a hot prospect from England, but you immediately cannot give him regular first team opportunities, so there is this option of sending him on loan to his parent club for the rest of the season. It not only allows securing a prized asset but ensures enough game time and exposure to the player as well.

More emphasis has been given on the psychological approach to the game. Mere signing of a world class player won’t win you titles here. You need to know or find a way to make the best use of your talented players at the same time. Added emphasis has been laid on team cohesion. As a result of which, your signing may have an adverse effect on the team especially if the new player fails to adapt to your systems.

Likewise, playing mind games can have both effects, and it can back fire too. Therefore, you need to think twice before you make any move. Handling the players in the dressing room is also a tactful act. Ego-massaging approach can be taken to deal with controversial players while you can often praise any youngster to boost his morale as well. 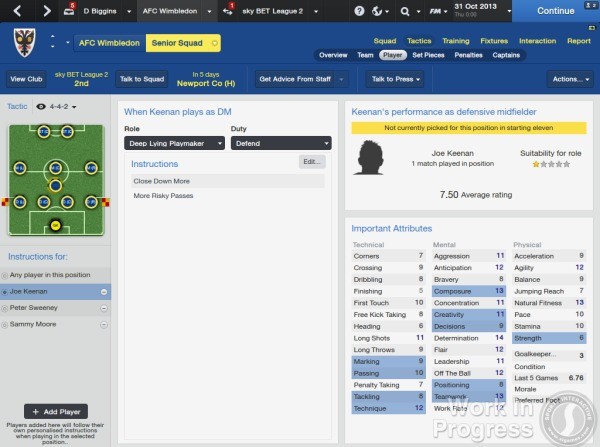 This is where the true lovers of Football Manager would enjoy most. Nowadays we all are more acquainted with terminologies like false 9, enganche, inverted wingers, libero etc, so, it’s actually exciting to implement those on your team. From setting up your team tactically to groom a player and diverse backroom interactions – you can delve in much deeper details than ever before.

But, you’ve to figure it out also what works for your team and what not. Here, the opposition managers are smart enough to identify your weaknesses. As a result of which, you have to evolve tactically each and every time.

To put simply, a diamond formation might work in the first half but following a substitution made by the opposition team, you could be forced to change to a different system like say 4-2-3-1. Instructions from sidelines like ‘defend deeper’ are sort of things which managers these days holler at their players, in that respect it is a welcome change in FM 2014 as well.

The role of your assistant manager is very crucial in Match days. Previously, during the game, your assistant manager could only give you advice and based on that you had to manually change the settings. But here, the interface for team instruction is so soothing that you’re automatically told what to do, which helps you to understand your set up.

Coming back to assistant manager, he gives info about the tactics in a more effective way than before. As I said before, the opposition is smart enough to exploit your weaknesses; hence, you need to constantly tinker with the set-up and instruction from your assistant manager. But unlike previous years, you don’t have to leave the match engine to change the settings. If you agree to a certain advice from your assistant manager, you can swiftly implement it by accepting to the prompt. Therefore, playing against a tough opposition is highly exciting and thus winning silverware gives a different feeling this time around, because, it is really hard earned. Unlike in previous versions, where you could set up the same system (formation, tactics, information to players) and could win against weaker oppositions match after match, this time these are hard to achieve in that way. 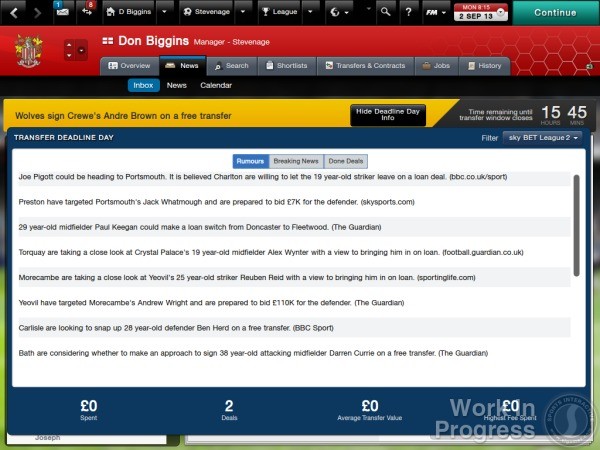 The 3D visuals have been improved because of better graphics. It is by far the best in that respect. The simulations are real-like and the players on the pitch don’t look like aliens any more. There are some occasional odd animations as well, but overall it leaves a pleasing effect to the eyes.

It has been improved in number of key areas without making anything complex. It simply focuses you to concentrate on what really matters – the game. The entire season can be finished in hours while there are little hazards of attending the press or blowing pep talks in the dressing room etc. However, unlike last year, where Classic mode was limited to three countries per saved games, this time one can load as many leagues as they like.

The extra emphasis on the tactical side is the best part of this edition of Football Manager 2014. A fine balance has been struck between all the levels of difficulty therefore making the game more exciting than ever, especially for core lovers of FM.