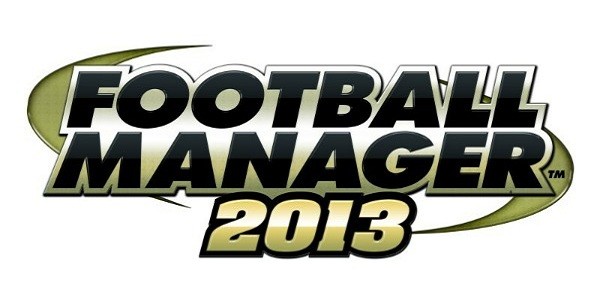 There are so many ingredients that affect a player’s flavour, both in real football and in Football Manager 2013, the best football management simulation.

Man management, positioning, role within a team and day to day training could add spice to your Spaniard, or turn him sour.

The perfect example is Wayne Rooney. Prior to 2009 the United star was deployed as a deep lying forward. During his first 5 campaigns Rooney averaged 19 goals a season.

The Red Devils then transformed for 2009/10, Sir Alex Ferguson tried him as a poacher and Rooney scored 34 goals from 44 appearances collecting PFA Player’s Player of the Year. All in a season that saw him injured in April and short of form after.

You can’t do anything about injuries in FM, but let me explain what you can do to aid development and player performances. There are two categories to consider, the under 21’s and over 21’s.

When most Footballers reach this stage in their career, previous managers and coaches have already moulded them, so you can’t do a lot to change their footprint or identity as a player. You can still increase their ability but you probably can’t change the style of Football they play. You will be left with certain strengths and weakness’ to pick out and take advantage of. Below are the three factors you must pay close attention too.

I will break these sections down and go into more detail. First I need an example, a test dummy so to speak. Marouane Fellaini should do, also known as ‘Screech’ due to his rather cool afro and scary resemblance to my favourite character from ‘Saved by the Bell.’

I have just taken charge of Manchester United in FM13 and my first signing is Fellaini, a big bulky midfielder with more strength than the Hulk. But how should Fellaini be deployed, every other action I take will evolve around that one question. I can choose this from the players ‘overview’ and ‘information’ screen. 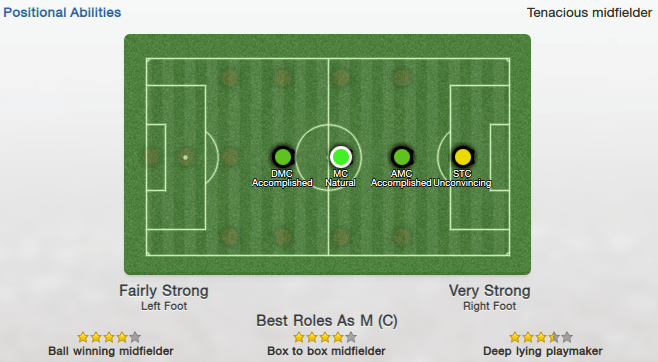 While Fellaini’s strength and defensive abilities scream ball winning midfielder, I feel he can offer something very special going forward. Who else has such power and ability to hold off any defender? Fellaini is such a rare gem and assigning him a defensive role maybe wasteful, so I will aim to use ‘Screech’ as my box to box midfielder. This will see the Belgian attack and defend, breaking up play and then bursting forward to support the strikers. Below is Fellaini’s profile, the important attributes for a box to box midfielder are highlighted.

As shown in the screenshot above, a box to box midfielder relies on versatility which Fellaini has, but the Belgian does lack in a few areas. Acceleration, long shots and finishing are the worst. Due to the role I have selected, ‘Screech’ will spend a lot of time near the opponents box, so long range shooting is fairly important and the obvious choice for his individual training focus.

Training can only do so much; key stars won’t progress without first team football and on the field experience. Remember that mental attributes are mainly aided through this medium. However, an unfit and fatigued star will underperform so choose your matches wisely.

I will aim to use Fellaini in every league fixture and most Champions League matches, then offer rest during the domestic cups.

Yes this is an addition to the three factors, one which doesn’t always come into play but Fellaini is exceptionally good in the air. Fellaini has 19 strength, 19 heading and 17 jumping, not to mention a height advantage of 193cm.

I will position him around the goalkeeper during free-kicks, this should cause all kinds of problems and my corners will be aimed at the near post with Fellaini attacking that area. If ‘Screech can’t nod home he’ll at least possess the height and ability to flick on to a teammate.

I could take advantage of Fellaini in many ways, but have chosen the above using the three factors to structure my thinking.
I will also have to consider my media approach and man management during team talks. Being supportive and encouraging is very wise for the first few months, but I should then start to demand more from the Belgian due to his determination and level headed nature, assuming he struggles to perform of course.

Any hot prospect under the age of 21 can be moulded, so you can curve their attributes/ability in the direction you so please. We can use the same three factors for under 21’s as we did for the over 21’s, but tutoring should be an addition.

I recently signed Brazilian hotshot, Ademilson in my Toon Army save, so we’ll use this 18 year old striker as my test dummy.

When you first sign a hot prospect, look through his abilities and settle on a role. Just because a wonderkid has poor pace or dribbling doesn’t mean he can’t be a poacher, if other attributes point to that role, you can focus on his weak points through individual training.

Ademilson’s profile is below, I have highlighted all the important attributes required to fulfil the poacher role. I think the main weakness’ are pace, dribbling and first touch but these aren’t too low and can be corrected with ease.

I can increase those three attributes through training starting with the lowest, dribbling and then switch focus every couple of months.

This requires a lot of personal attention but if done correctly I hope to turn Ademilson into a deadly forward. He can already finish and move about the pitch with comfort, but he can’t yet beat the last defender nor bring down the toughest of lobbed balls.

The most important factor in any wonderkids development, without first team football your prospects will willow. If you can’t offer your hotshot a minimum of 15 games per season then put him on the ‘development list’ so your director of football can find a suitable club to go on loan to.

Ademilson already has some ability so I will be using him from the get go. The Brazilian will play every Europa League and cup match. It is vital that your youngsters play well, as a poor performance won’t aid their progression so I use the lesser competitions for experience.

You can’t change a player’s determination and personality through training, but you can curve it using a tutor. For instance, if you have a central defender with low determination then it might be wise to ask John Terry to tutor him. Just cross your fingers that determination is the only personality trait he picks up.

Ademilson needs a lot of work and nurturing, I can’t expect to toss an 18 year old in the reserves and see him crawl out a superstar, but using the three main factors above I will increase his abilities as a poacher and offer more game time every season until my wonderkid is a fully fledged International.

I have outlined everything required to develop Fellaini as a massive money signing and Ademilson as a hotshot wonderkid.

Over the next week I will put my theories into practice, playing through half a season with Fellaini and two full seasons with Ademilson. Will they both perform and develop into superstars? Or will they flop leaving me with egg on my face? All the answers and research will be revealed next week.