Liverpool are off to a flyer in the Premier League thus far. They are not spectacular like Arsenal but are very very effective in their approach. They have shunned their flamboyant style, earned narrow victories and showed great mentality to grind out the results. 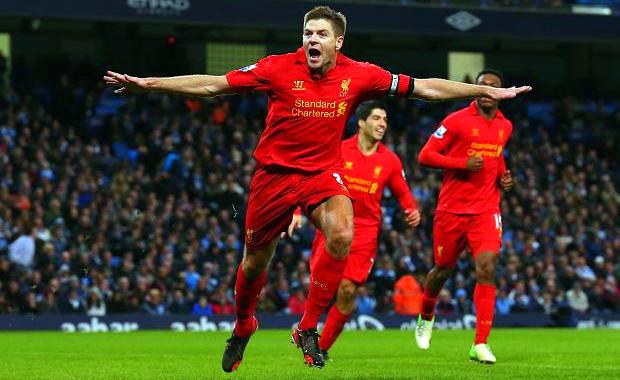 There are plenty of positives Brendan Rodgers can draw from their performances so far and likewise there are few worrying-areas as well. If staying second in the league is one of the bright positives for Rodgers, then surely the inconsistent form of some his players should give him serious headaches.

Here we take a look at five Liverpool players who have largely under-performed for them in the league so far.

First name that comes to mind is Aspas. The Spaniard has been badly struggling to adjust to the pace of the league and the system of Rodgers. The former Celta Vigo player mainly plays as a centre forward or a left-wide midfielder.

However, in Rodgers’ 4-2-3-1 system, those two positions are occupied by Liverpool’s two best performers – Daniel Sturridge and Philippe Coutinho and therefore to accommodate the Spaniard, Rodgers has used to him in the no 10 role. But, sadly, he has looked nothing but a fish out of water in that position. He probably has that tactical nous to adjust to the system but has been badly struggling to keep up with the physicality of the league.

And now with Suarez back in the squad, Rodgers is using a different system 3-4-1-2 which will make it harder than ever for Aspas to break into the side.

Liverpool fans are becoming increasingly frustrated with him. He has the pace, little bit of skill, good delivery, strong physique but he lacks the basic ingredient of playing the game – intelligence. Not only he loses his marker quite frequently (ex Javier Hernandez goal at OT) but his failure to take a proper decision during crucial moments of the match is really frustrating to watch.

The big Dane is a terrific defender and probably the best of the lot Liverpool have at the moment. But, he has under-performed so far in the league, even before he picked up the injury. He was responsible for gifting Stoke City a penalty in the Opening game for the Reds right at the end of the match, and had it been not for Simon Mignolet’s heroic double-save, Liverpool wouldn’t have got three points at Anfield that day.

Likewise, he looked equally shaky against Manchester United at Anfield and was rubbish against Southampton at home. If Martin Skrtel continues to impress, then Rodgers will have a serious problem drafting in the vice-captain, once Glen Johnson returns back to his customary position.

I am happy for Lucas that he has got a chance to represent his country again. It was tough for him to get straight into the Brazil set-up after suffering two major injuries in his career. But, his performance for Liverpool this season is well below par.

For the stat lovers, who would point out passing accuracy, tackles, aerial duels etc to justify how good Lucas has been this season are forgetting what is the actual role of the Brazilian.

Lucas has always been a fantastic passer of the ball while he is very good at making tackles, but he fails to provide the necessary steel Liverpool need in the midfield.

The main problem of Lucas is – he leaves his space too often while going for a ball/challenge slightly higher up the pitch. Also, he looks completely helpless when opposition team starts playing pressing football. Can anyone justify his performance against Sunderland? Southampton? Or even against Manchester United at Old Trafford? His failure to provide enough assurance at the back is causing problems. Liverpool badly need a strong defensive midfielder in their next transfer windows.

To be honest, I do not blame Gerrard. He is trying his best to adjust to the system of playing the role of a deep lying play-maker or the regista role.

But, he needs to raise his game more. With Lucas under-performing to a huge extent, Gerrard is failing to assert his authority in the midfield. Against Sunderland, especially in the second half, Gerrard and Lucas were completely outplayed by Cattermole and Ki. In theory, Gerrard and Lucas should have put those two in their pockets, but like many other previous occasions this season, both looked toothless when pressure was applied. And only when Jordan Henderson was drifted in the centre, Liverpool regained the possession and controlled the game again.

Gerrard has had few good games this season, like against Manchester United at Anfield, but being the leader of the side, Rodgers should expect lot more than this.