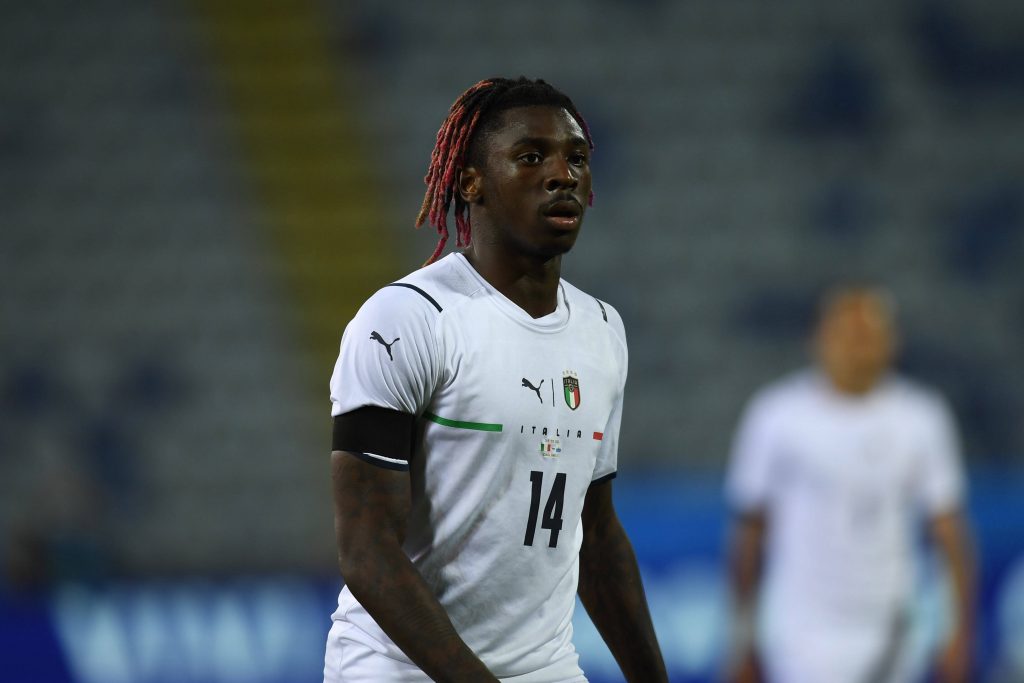 Fiorentina are eyeing up Everton striker Moise Kean as a replacement for Dusan Vlahovic, who is likely to depart this summer.

Kean joined Everton as a 19-year-old from Juventus back in 2019, arriving in a deal believed to be worth up to €30 million.

He struggled in his debut season, scoring just twice and missing several games amid disciplinary concerns.

He spent last season on loan at French giants Paris Saint-Germain, where he managed to recapture some of his best form.

He scored 17 goals in all competitions for Les Parisiens, including three in the Champions League as his side reached the semi-finals.

The Italy international could be nearing the exit door at Goodison Park. Italian outlet Calciomercato claims that Fiorentina could target the 21-year-old as a replacement for Dusan Vlahovic.

Vlahovic has been heavily linked with a move away from La Viola this summer.

The Serbian, who scored 21 Serie A goals last season, has been the subject of reported interest from Manchester City, Tottenham Hotspur and Atletico Madrid.

Kean is one of three names mentioned by Calciomercato as a possible replacement for Vlahovic.

Euro 2020 champion Andrea Belotti has been named as a potential target, as well as Sassuolo’s Gianluca Scamacca.

If Fiorentina opt for Kean, he will return to the league where he began his career. He earned his first professional contract at Juventus in 2016 and became a part of the first team not long afterwards.

During his teenage years, he scored 11 goals in 35 Serie A appearances, winning two titles.