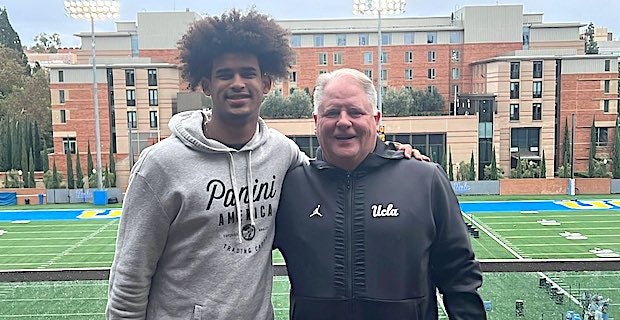 UCLA just added a massive piece to their offense after QB Dante Moore flipped from Oregon to the Bruins on Monday. Moore is a five-star recruit, ranking third in the nation according to ESPN and 247Sports. He will join recent Kent State transfer Collin Schlee at the position next year, after Schlee transferred to UCLA through the NCAA transfer portal.

In a massive coup for UCLA, quarterback Dante Moore has flipped his commitment from Oregon to the Bruins. According to several recruiting websites including ESPN and 247Sports, Moore is the number three overall recruit in the country.

The 6-foot-2 210 lbs quarterback is out of Martin Luther King High School in Michigan. He is the state’s top recruit.

It is UCLA’s first five-star recruit in the current cycle and pushes their recruiting class up to 28th in the country in the consensus rankings.

“What stood out to me about UCLA was me seeing my vision of myself getting developed around a great staff, especially coach Kelly,” Moore said. “The players coach Kelly has developed and coached is amazing and as a QB I took that in very much. Going into the Big Ten as well having the national exposure was a big piece I took because on the college level the more exposure the better things are handled. I know from me committing the playmakers and players will fall in line.”

Moore will join recent transfer Collin Schlee in the Bruins’ QB room next year. Schlee announced recently that he was transferring from Kent State to UCLA. Elsewhere, there was interest from Clemson QB DJ Uiagalelei as he visited with the Bruins last week. But this may be enough to see the Clemson transfer commit elsewhere.

Moore’s scouting report says he is pocket passer, but lacks the ability to create play with his legs. However, he led his school to a state championship this season throwing for over 3,000 yards with 40 touchdowns and just three interceptions. 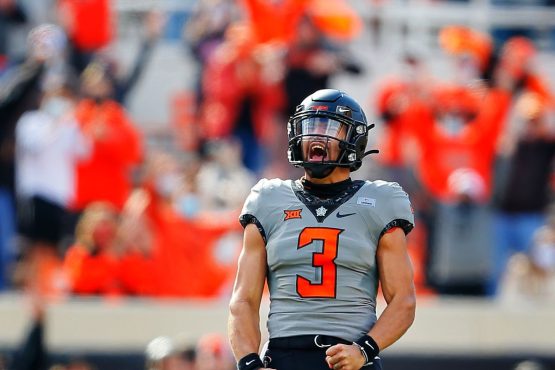 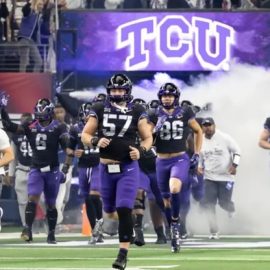