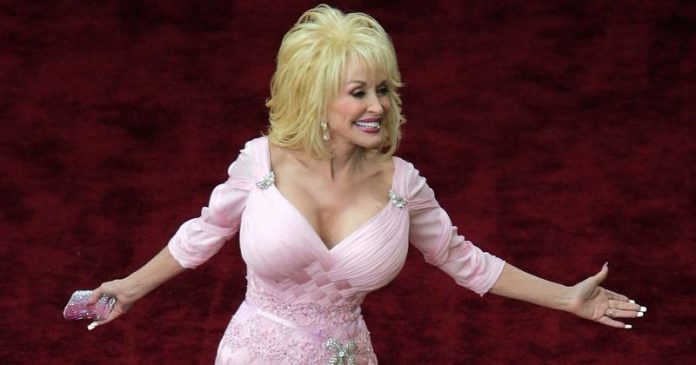 The crew of ESPN’s flagship college football show, College GameDay are heading to Knoxville for the number six ranked Tennessee Volunteers’ home game against SEC rivals, number three ranked Alabama. But who will be the guest picker?

When it was confirmed that College GameDay was heading to Tennessee, there was speculation online over who would be the guest picker. A tweet by a parody account of Tennessee head coach Josh Heupel had fans asking if it would actually be Dolly Parton, a Tennessee native.

Excited to welcome VFL Dolly Parton to Knoxville Saturday as an honorary captain and guest picker for @CollegeGameDay #GBO pic.twitter.com/yOFnE0ncxR

As of now, that tweet has almost 9,000 likes and has been retweeted almost a thousand times.

Even local news channels in Tennessee were reporting that the fans were demanding Dolly be selected as the guest picker. Fans really wanted Dolly.

We understand the love for Dolly in Tennessee, but the producers at College GameDay decided they would veer in a different direction. Boo! Hiss!

In a tweet from the official account, the guest picker for this week’s GameDay was revealed as Peyton Manning.

Peyton Manning will be joining us in Knoxville Saturday as the guest picker 🙌🟠 pic.twitter.com/HJaGhsypiS

Manning is of course a Tennessee Volunteers legend. He played there from 1994 to 1997 and racked up statistics and records that stand to this day. He still holds the record for most career and single season passing yards and touchdowns at the program.

Manning was also runner up in the Heisman in 1997. In that same year he was the first pick in the NFL draft by the Indianapolis Colts.

If there was a replacement for Dolly Parton, it could only be Peyton Manning.

Manning will join his long time Indianapolis Colts teammate, Pat McAfee on the set to make his picks at the end of the show on Saturday.

We don’t think there are any prizes for guessing who Peyton Manning will pick in the biggest game of the day.