Chelsea star Eden Hazard has signed a new five and a half year contract with the Blues today. 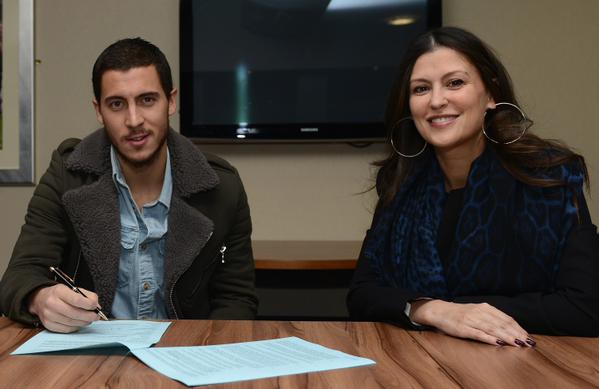 The Belgian international has been in sensational form this season and has been one of Chelsea’s best players since he joined the Londoners from Lille. Jose Mourinho will be delighted to have tied down another of his best players to a long term contract.

Brazilian midfielder Oscar also signed a new deal at the club earlier this season and now Hazard’s extension will come as a great news for the Chelsea fans across the globe.

Hazard has been linked with a move to PSG and Real Madrid over the last year, but the Belgian has demonstrated his commitment and fondness towards Chelsea by extending his mega money contract today.

Chelsea have been leading the league this season thanks to some consistent quality performances since August and Hazard will be looking to seal his first Premier League trophy this year.

Chelsea’s player of the year last season has 13 goals to his name this season and will be looking to add to that tally and guide his club to a trophy come May.