Holland striker Quincy Promes has admitted that he hasn’t heard anything about Manchester United’s interest from his agent, but has hinted his desire to join one of the biggest football clubs in the world. 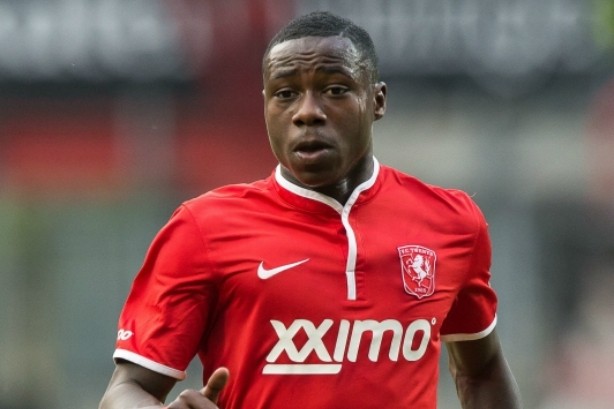 The 22-year-old FC Twente winger was included in Louis van Gaal’s 30-man provisional Netherlands squad, but was allowed to join the Under-21s, where he made a strong impression by scoring a hat-trick against Scotland.

The youngster was recently linked with a move to Manchester United. It doesn’t need any rocket science to understand the Dutch connection nowadays, but the interesting part is, the news actually originated from a Portugal newspaper A Bola. That is simply because FC Porto are also interested in him, hence Portuguese press covered up the story where they mentioned that Manchester United and Galatasaray are also interested in the player.

When asked about Manchester United interest, he said he knows nothing about it, before adding: “Its nice that your name is being linked with such a big club. Everyone wants to join Manchester United. It is a nice club but it is nothing serious.”

This summer is crucial for Manchester United where the new manager will be asked to attract big name players. However, Dutch coach Van Gaal might consider bringing in young talents like Quincy as well.