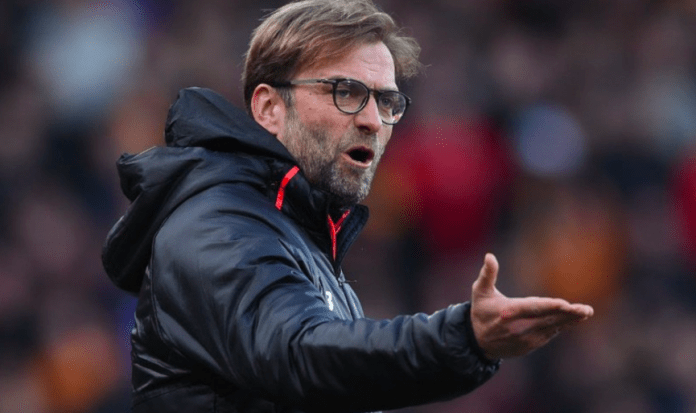 When Burnley opened the scoring with less than 10 minutes played, the commentator said, “Anfield is stunned”. He couldn’t be more wrong with Liverpool fans more than used to losing games against the lesser opposition. The swagger of the performances against Tottenham and Arsenal in the previous home games disappeared, and the levels dropped alarmingly against a side that has picked up two points away from home in the Premier League all season

There was no dynamism, no fluency on the pitch and in the absence of the injured Jordan Henderson, Roberto Firmino, Dejan Lovren and Daniel Sturridge; it was evident how little quality there is in Liverpool’s razor-thin squad.

Ashley Barnes’ early goal stunned Liverpool, who began the opening minutes with some confidence. Shortly after the goal, the descent in performance began, and the Reds were mediocre for the remaining half. The 2-0 loss at Turf Moor should have served as a caution, but Liverpool allowed Sean Dyche’s men to get another early goal and have something to cling on to for the rest of the game.

What was even more curious was that Burnley didn’t defend in numbers after getting the first goal. Their attackers continued to lurch around the second and final third of the pitch; they didn’t respond by parking the bus and generally had a positive mindset for the entire game. However, Liverpool’s feeble attack could still not show more incision and creativity. Adam Lallana and Philippe Coutinho didn’t create any impression with the ball. Once again, Sadio Mane was the only bright spark for the team, but the Senegalese could hardly do much with his teammates not providing any support. Gini Wijnaldum’s goal right before the half-time whistle came against the run of play, but the well-taken goal by a man who only scores at home restored parity and Liverpool could approach the second half with more confidence.

Liverpool were marginally better in the second half and Emre Can, who has been facing the wrath of fans for his sub-par performances and contract standoff, was the unlikely hero. His beautifully struck goal from 25-yards out into the bottom corner eventually proved to be the difference for Klopp as Liverpool took all available points in their hunt for a Champions League place. 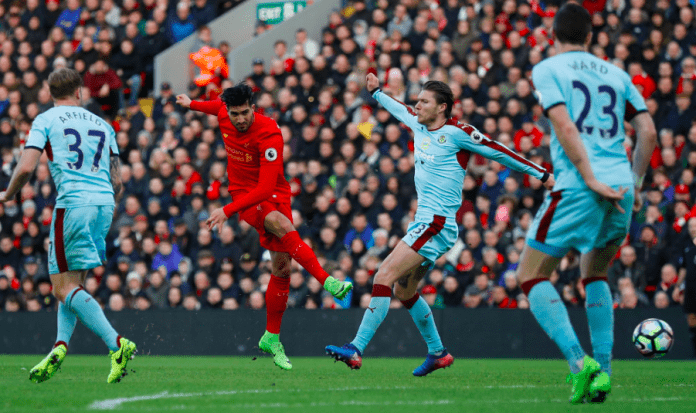 The Reds have gone from title challengers to a team fighting to finish in the top 4. Unfortunately for them, they only have two games left against “top” teams (Manchester City and Everton), ones they manage to do well against. The remaining eight games come against teams in the lower spots on the table and Liverpool, the generous Goliath, manage to make a David out of most of these. For that reason alone, the scrappy win and three points against Burnley could be massive in the club’s chase for a Champions League berth next season.