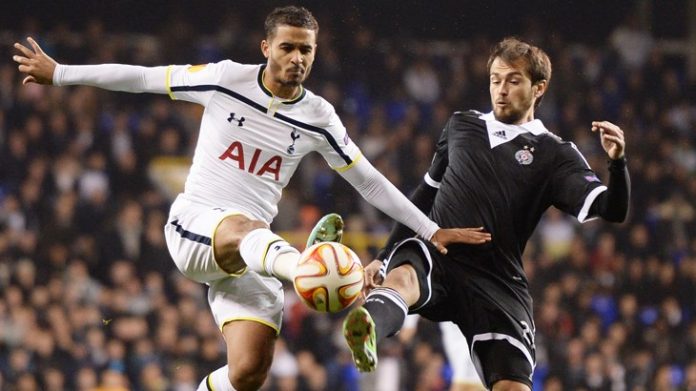 Tottenham Hotspur defender Kyle Naughton has completed his move to Swansea City for an undisclosed fee on Thursday.

“We have reached agreement with Swansea City for the transfer of Kyle Naughton,” Tottenham released a statement on their official website.

“Signed from Sheffield United in the summer of 2009, Kyle made a total of 74 appearances for the Club in all competitions as well as spending time on loan with Middlesbrough, Leicester City and Norwich City. We wish Kyle all the best for the future.”

Meanwhile, the England U21 international has expressed his happiness after he completed his switch to the Liberty Stadium. Naughton is hopeful that he could feature regularly for hi new club.

“I’m pleased it’s all done because there has been talk since the summer over a potential move. My main aim is to start playing regular football again. I know it’s going to be a tough challenge because there are some very good players here, but that’s my goal,” Naughton told Swansea’s official website.

“I’ve had quite a few loan moves over my career, but I actually played 34 games last season for Spurs, which is a fair amount. The main problem for me, however, was that I was still in and out of the team. That’s difficult at times.”

“I’m sad to be leaving Spurs because it’s a great club. I was there quite a while and the lads are a great bunch. But now I just want to settle into life at Swansea and try to play regularly. It all comes down to playing football – after all, that’s my job.’’