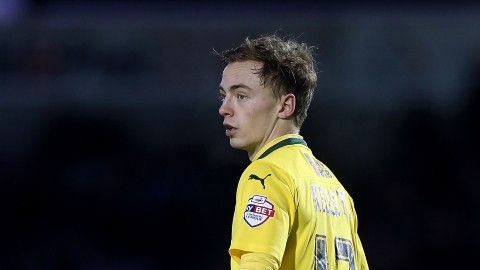 Manchester United have confirmed they have signed Andy Kellett on-loan from Bolton Wanderers until the end of the season.

In the process, the 20-times English champions have allowed their defender Saidy Janko to move in the opposite direction on-loan for the remainder of the season.

A statement on United’s official website read, ” Manchester United have signed Andy Kellett from Bolton Wanderers on loan until the end of the season, with Reds defender Saidy Janko going in the opposite direction on the same terms.”

“Bolton-born Kellett recently returned from a three-month loan spell at Plymouth Argyle, playing 15 games and scoring once during his stay with the League Two side.

“The 21-year-old defender is a product of Bolton’s youth academy and, to date, has made four senior appearances for Wanderers.

“Janko, meanwhile, joined United in September 2013, with his one and only Reds senior appearance coming in the League Cup defeat at MK Dons earlier this season,” it added.

Louis van Gaal has give youngsters a chance to shine this season after handing first team debuts to Paddy McNair and Tyler Blackett, while James Wilson has been a regular squad player under the Dutchman this term.

It should be seen whether the former Barcelona and Bayern Munich manager will play Kellet for the second half of the season.