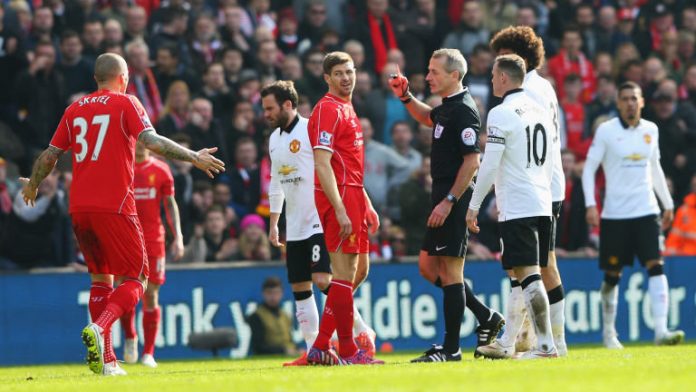 What have you done, Stevie?

Do you have any idea what you have done? To the dressing room, to the players, to the fans, to the club, to the spirit, to the future and to your own legacy?

“I’ve let down my team-mates and the supporters. I take full responsibility.”

That doesn’t heal the wound. There is no way your actions can be defended. It’s sad that your madness chose to break Liverpool’s sprits — and not for the first time — when the club needed you most.

It’s sad, rather it’s a pity, that having played the game for so long, you failed to fulfil your responsibility.

It’s a pity that in the hour of need, you couldn’t be the saviour. Rather you turned out to be the destroyer of Liverpool’s hopes.

It’s a pity that you let the occasion dominate you and your conscience!

And it’s a pity that you ruined all the hard work done by the club over the past few months within few seconds!

What good has been done to Liverpool?

When the club needed its leader to lead the way against Chelsea, you did the most unthinkable, costing Liverpool the title.

And when the club was on the brink of making it to the top four, once again you did the insanely ludicrous. It’s a shame. Because, you and only you are to blame for everything.

Okay, you slipped. Everyone does. But in an attempt to restore the pride with one golden swing of your boot, you spent the entire game trying to make amends by reverting to Hollywood balls and shooting from distance.

And on a derby game, you were so keen to make an impression, that you went to this extreme of stamping a player! Having played over 700 games, it’s a shame really that you couldn’t rightly channelise your aggression.

It’s a shame that the occasion drove you mad. So mad that you forgot that your action could have a serious ramification on your beloved Liverpool. How could you, Stevie?

You are the epitome of everything, and yes everything, that is wrong with English football.

I still regard you as a club legend, and will always maintain that, but I have to say, you have let Liverpool down.

Liverpool, despite going down to 10-men, fought bravely and after pulling one back, tried their best to salvage a draw. They have shown great team spirit on the pitch without you.

You are not the leader anymore. In retrospection, it was the right time to say goodbye.

What irks most is that Liverpool had the chances to control their own destiny, not once but twice, in successive seasons, and on both occasions, in the club’s most important game of the season, they just couldn’t carve out their own fortune. They just bottled it.

It has come in full cycle. The resurgence began after the 3-0 defeat at Old Trafford, and all good work swept to dust at Anfield, against the same opponents.

Liverpool have to depend on others to cut into top four. Not impossible, but the road is rocky now. We have seen in the past, what getting out of top four can do to Liverpool.