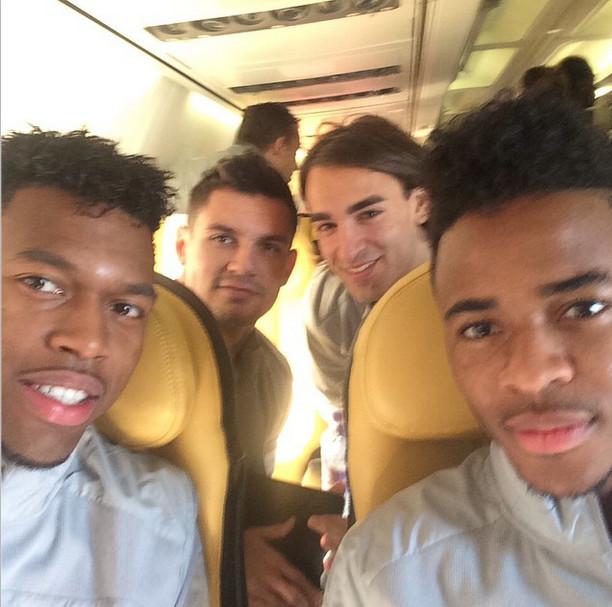 Daniel Sturridge has travelled with the Liverpool squad for the Reds’ fourth Champions League clash of the season against Real Madrid at the Santiago Bernabeu.

The England striker returns to the squad after two months injury lay-off, and his inclusion has surprised everyone, especially after Brendan Rodgers suggested last week that Sturridge would be absent against Real Madrid and Chelsea.

Liverpool are third in Group B, having lost two back-to-back matches, and therefore Rodgers may take a gamble on him. Sturridge may not also take any part in the game, but in an attempt to resurrect Liverpool’s profligacy in front of goal, he may be in line for a shock return.

In his absence, Liverpool have managed seven goals in seven Premier League matches while new signing Mario Balotelli has failed to live up to his expectations so far having scored just twice in 13 appearances.

We are not the best people to judge on Sturridge’s fitness, Liverpool’s medical team are, but based on what Rodgers and other Liverpool-based journalist said/reported in the last couple of weeks, the former Chelsea striker was far from getting back to fitness, not to talk about match fitness, therefore his inclusion comes as a big surprise, if not a huge gamble.

We can assume, either Liverpool have kept his development a secret or Rodgers is running out of patience with his strikers and hence he is ready to take a gamble.

Liverpool have had a poor start to the season, but they have ample time to put things back on track. The other nearest top four challengers have under-performed as well, so Liverpool are not out of the race for top four as yet.

And this is only November. The Reds have a long journey ahead. A lot can happen in the next few months and there is nothing to panic about.

Liverpool need Sturridge to regain his full fitness and play regularly. He is after all their only hope now to turn things around, and therefore he should be treated carefully.

Let’s be practical here. Liverpool will visit to Bernabeu as an underdog where hardly anyone is hoping them to cause an upset. Put it simply, Liverpool’s destiny lies in the outcome of next two fixtures if they are serious about progressing to the next round. So, it is basically pointless to gamble on Sturridge at any point in the game, unless he has totally recovered from his calf injury.