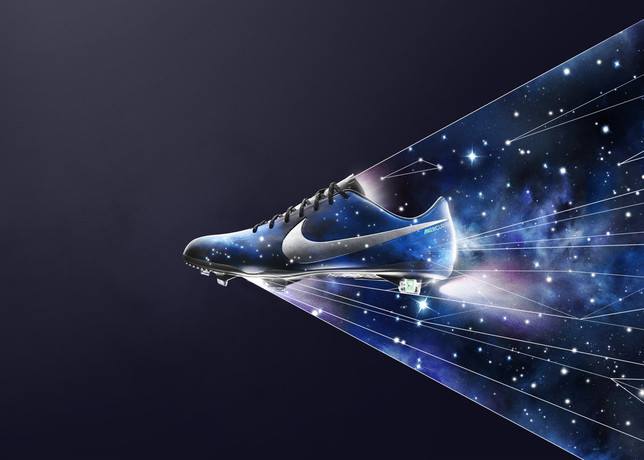 Ahead of next week’s El Clasico, Nike, is celebrating the on-pitch dominance of one of the world’s best players, Real Madrid’s Cristiano Ronaldo, with their latest version of the Mercurial boot. 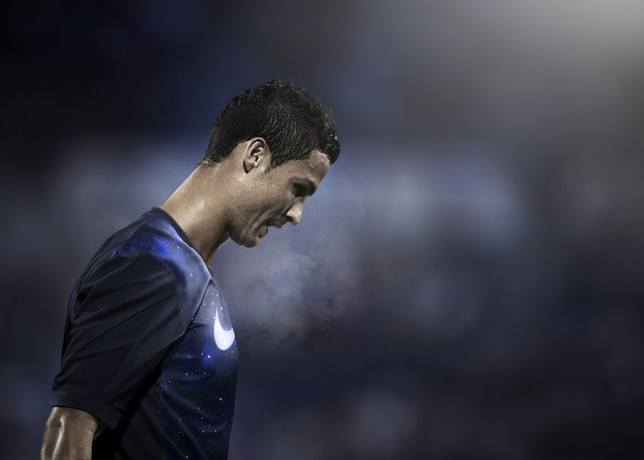 Nike features a Supernova print, which has been inspired by the Portuguese star’s unique style of play.

“Is Ronaldo from this planet?!’” remembers Denis Dekovic, Nike Footwear Design Director. “When we got back to the design studio we got to thinking about CR7’s style and how similar it was to the definition of a supernova – a celestial body that radiates energy – and that was it, we had our inspiration.”

The concept of star burning brighter here is symbolic of Ronaldo’s pace, style, speed and the idea that he plays without limits, which Dekovic compares with the outer reaches of the galaxy.The Mercurial IX boot features an all-over digital print of the Star Vela Supernova and includes a seven star path print, paying homage to Cristiano’s shirt number.

“It’s great to collaborate with Nike. It gives me added confidence to know that they take my thoughts to create the best boot for me,” said Cristiano Ronaldo.

Since its inception 10 years ago, the Mercurial has been a roaring success and huge favourites among the Nike users. Ronaldo will be wearing the new boots in the upcoming Clasico against Barcelona next week.