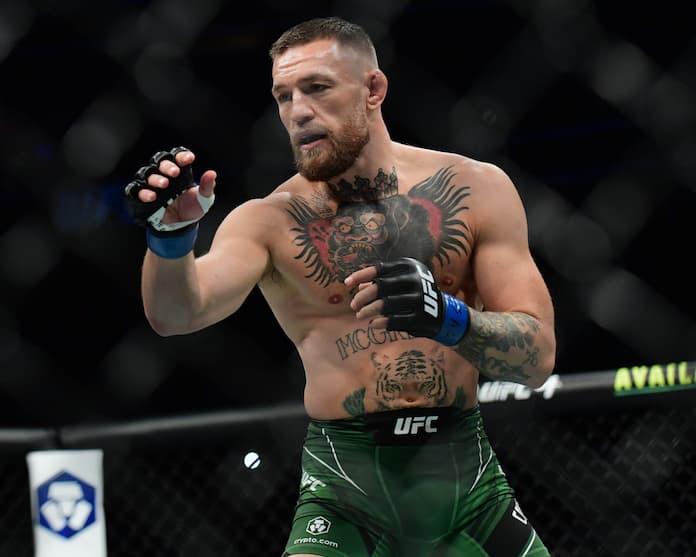 Former two-weight world champion in the UFC, Conor McGregor, has given his prediction for the main event at UFC 280 on October 22nd. ‘Notorious’ thinks Charles Oliveira will defeat Islam Makhachev will ease for the UFC Lightweight Championship in a few weeks time.

The Irish MMA superstar has taken to Twitter in a Q&A with fans, and has made it very clear who he thinks wins the main event at UFC 280. McGregor believes that Charles Oliveira will ‘easily’ beat Islam Makhachev in Abu Dhabi on October 22nd.

Oliveira and Makhachev are competing for UFC gold in the lightweight division at UFC 280 – a belt that McGregor won previously after knocking out Eddie Alvarez.

Here is what Conor McGregor had to say when asked who he thinks wins the lightweight title on October 22nd at UFC 280. Short and sweet from the Irishman.

The lightweight belt is currently vacant, as Oliveira missed weight by .25 of a pound last time in his fight with Justin Gaethje. Oliveira was stripped of his title for missing weight, hence why this fight is for the vacant belt.

Oliveira ended up beating Gaethje by first-round submission, extending his unbeaten run to 11 fights. The Brazilian won the UFC Lightweight title in 2021 after defeated Michael Chandler, and has since went 3-0 in title bouts.

Although this is for the vacant belt, Oliveira will see this as yet another title defence, after harshly being stripped of the title. For Islam Makhachev, he is currently ranked at #3 in the UFC Lightweight Rankings. This is his first shot at UFC gold, after himself going on a ten fight winning run in MMA.

Of course, McGregor famously feuded with Makhachev’s teammate and mentor, UFC Hall of Famer Khabib Nurmagomedov, so he may not be the most unbiased source.

Oliveira vs Makhachev should be a thrilling main event from the Etihad Arena, Abu Dhabi, United Arab Emirates.