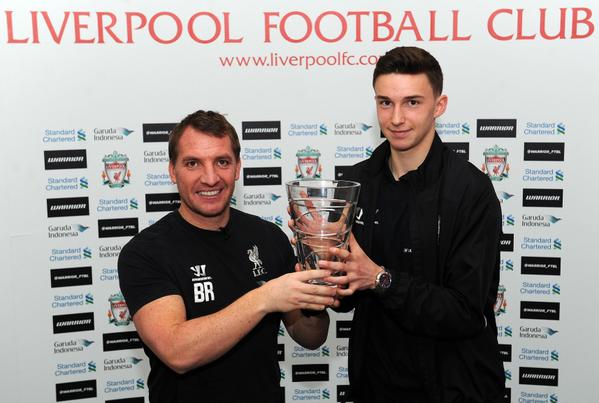 Liverpool can expect another promising young talent to make the senior grade from the club’s youth academy. Conor Masterson has been awarded by U-16 International Player of the Year award, as reported by LFC official website.

The youngster has been rewarded for his excellent performance and we have a picture of him holding the award with Liverpool manager Brendan Rodgers.

Rodgers will be definitely keeping a close eye on the central defender and may send him on loan to further his progress.

“It’s such a great honour to receive this award and it was fantastic for it to be presented to me by the manager,” said the youngster.

“I would like to thank the Irish FA for recognising me and helping me to develop my future in football and I would also like to thank Lucan United, who gave me great support and a great grounding from which to start my career.”