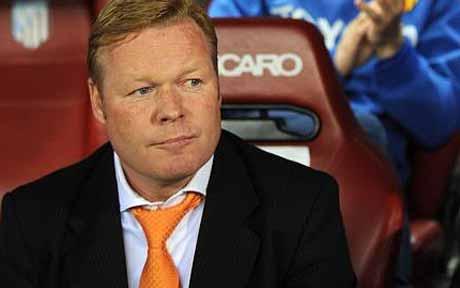 Ronald Koeman is set to be appointed as the new manager of Southampton, taking over from Mauricio Pochettino who left the south coast club to take over the reins at Tottenham Hotspur. 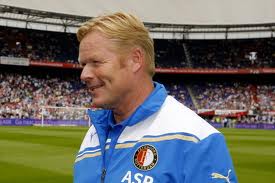 Koeman who had earlier guided Feyenoord to a second place finish in the Eredivisie will be also joined by his elder brother Erwin as his assistant. The much traveled 51 year old had earlier had several successful  spells at Ajax, Benfica, PSG, Valencia and AZ Alkmaar.

Koeman was a distinguished player himself having featured for Spanish giants Barcelona and his career’s pinnacle moment came in 1992 when he winner for the Catalan club in the final of the European Cup.

Erwin’s agent Kees Ploegsma earlier confirmed the news to Dutch newspaper Voetbal International, “It’s true that there are talks. Southampton want Ronald to be manager and his brother Erwin as his assistant.”

Ronald’s representative, Guido Albers, added: “He wants to make a next step in his career at an ambitious club with possibilities. Southampton fits in that profile. Pochettino made a solid base and Ronald is the ideal candidate to build the squad from there.”

Koeman’s first job at St Mary’s would be address the transfer situations of major players at the club. While star striker Rickie Lambert left for boyhood club Liverpool, there are major concerns that the Reds will also snatch midfielder Adam Lallana after the World Cup. To make matters worse, defender Dejan Lovren had reportedly submitted a transfer request.

Southampton had earlier finished eighth in the Premier League standings in the 2013-14 season and will be looking to better that feat in the coming campaign.