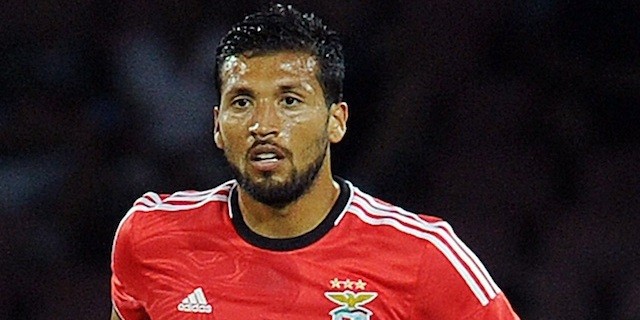 “After three seasons with the jersey of SL Benfica’s Ezequiel Garay of departure for a new professional challenge. As reported moments ago to the CMVM, the Argentinian international will represent the Russian club Zenit St Petersburg,” a statement read in Benfica’s official website.

The former Real Madrid defender was a transfer target for United’s legendary manager Sir Alex Ferguson. However, the appointment of David Moyes saw his potential switch to Old Trafford derail as the Scot was not keen on having Garay in the Red Devils’ squad.

Despite Moyes rejecting a chance to sign Garay, the Argentine international was still been linked with a move to United.

The 27-year-old is currently on international duty  with the Argentina squad for the 2014 FIFA World Cup. Garay has expressed his delight after agreeing terms with the Russian out.

“I want to thank everyone who supported me in these three magnificent years I spent at Benfica, in particular the president, who believed and invested in me, and the coach who made me evolve and reach a level that very pride,” Garay said.

“Course is, I also thank all my colleagues with whom I had the honor to play at this club. always said I wanted to return to Benfica and their supporters all the love they gave me. This is the time. could not wait any longer but take all times I lived in Portugal unforgettable in my heart. Gracias.”