Colombia take on the Ivory Coast in the first match of Thursday, with a win potentially enough to put one of these sides into the World Cup knockout round. 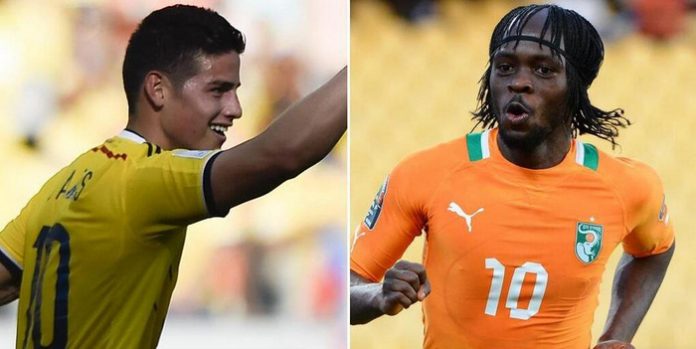 The lineups have been released with the big news being that former Chelsea hero Didier Drogba starts once again on the bench for the Ivory Coast, with his ex-club teammate Salomon Kalou joining him, Max Gradel replacing the winger in the starting XI.

Jose Pekerman has named an unchanged Colombia side, with the South Americans irresistable against Greece in the opening Group C fixture.

Check out the confirmed Colombia v Ivory Coast lineups below: