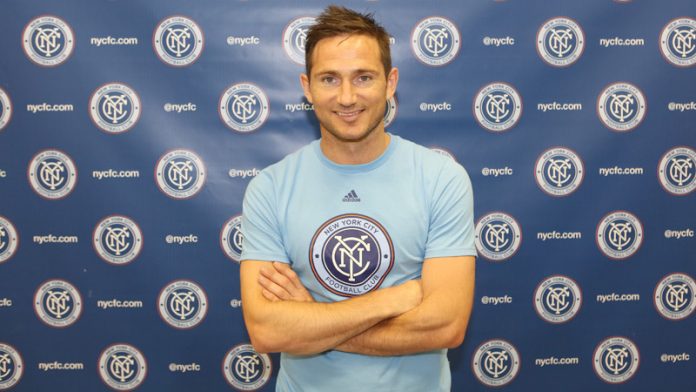 The veteran midfielder was released by the Blues after his contract expired at the end of the last season. The 36-year-old signed a two-year contract with the Major League Soccer side.

The MLS outfit’s head coach Jason Kreis has admitted that he is eagerly working to work with the former Chelsea star.

“I am really looking forward to working with Frank. His leadership, maturity and experience are perfect characteristics for a new Club like ours,” Kreis said.

“He is a rare talent, one that scores a lot of goals from midfield, yet is also a disciplined defender and someone who reads the game brilliantly. A gift for a coach.”

“Frank has a tremendous appetite for the game and that will be an enormous help not only to me and the coaching staff but also the rest of the players, particularly the younger ones who can look up to Frank and attempt to emulate his achievements.

“He has just come from the World Cup and still very much at the top of his game. His desire and work ethic will be infectious,” he added.