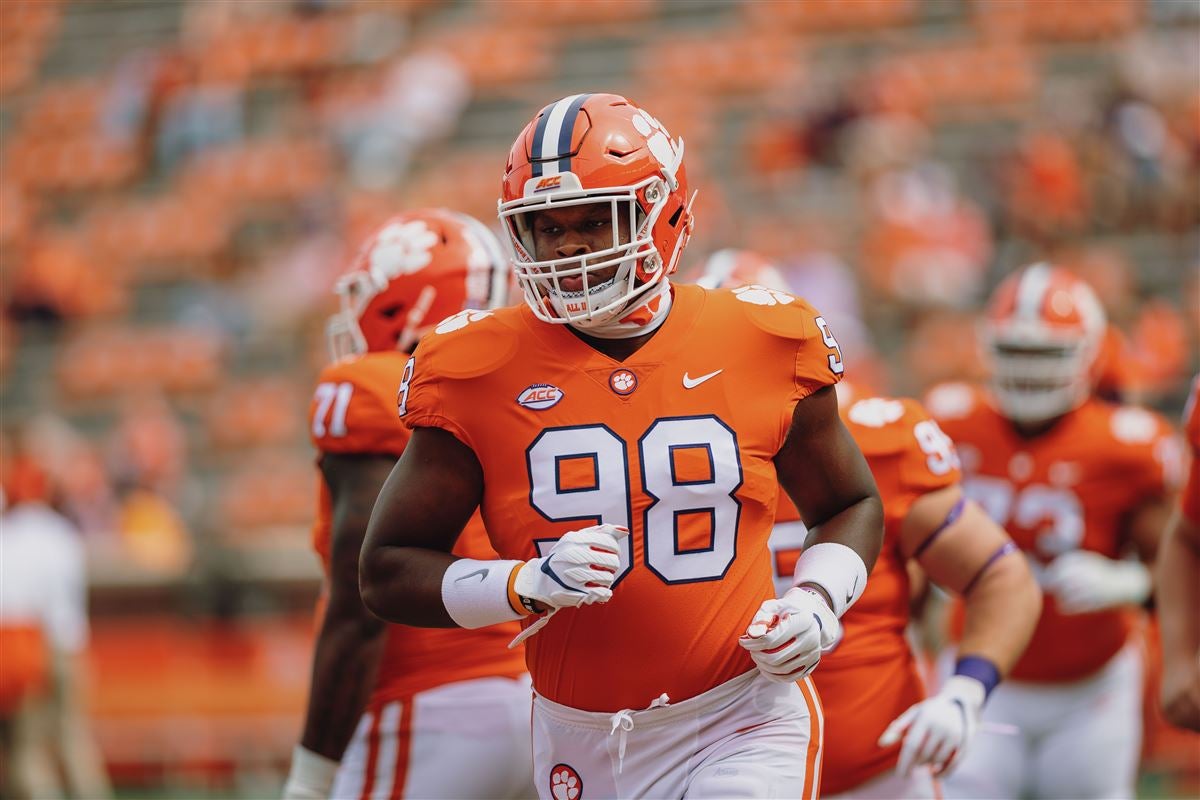 When Clemson faces Tennessee in the Orange Bowl on December 30, the Tigers will do so without its star defensive end Myles Murphy. Murphy announced on Tuesday that he will be declaring for the 2023 NFL Draft forgoing his remaining college football eligibility. He is in line to be a top-five pick according to some of the latest mock drafts.

Myles Murphy declared for the NFL Draft on Tuesday and said that he would miss the Orange Bowl. The defensive end who has lived in the backfield since entering college is expected to be among the top picks at the draft.

“It really came fast,” Murphy said about his time at Clemson. “Three years ago today, I was getting ready to head to Clemson. It was a really fast transition. Now there’s a transition to the next level and next chapter of my life. Every big decision that I make, I go back to the family and make it a family and team decision. We all agreed on and thought it was the best decision.”

He will follow a long list of Clemson defensive linemen that have gone early in the draft in recent years. The likes of Clelin Farrell, Christian Wilkins, and Dexter Lawrence were all first-round picks. Murphy will look to follow in their footsteps.

Myles Murphy (@BigMurphy_25) tells ESPN he's skipping the Orange Bowl and will declare for the NFL Draft. He's Mel Kiper's No. 1 DE and No. 10 overall prospect. @nfldraftscout has him No. 5 overall. https://t.co/nIHxwtdQk5

Murphy announced himself as a freshman when he recorded four sacks and four forced fumbles in 2020. His sophomore year in 2021 was arguably his best for the program. That season, in just ten games, Murphy recorded 39 tackles, with 14.5 of those being TFL, along with eight sacks and two forced fumbles.

The 6-foot-5 275lbs edge rusher was named to the ESPN All-American Freshman Team of 2020. That same year he was the AP ACC Newcomer of the Year. This year, Murphy was named in the First-Team All-ACC after being named Second-Team All-ACC last year.

When asked what teams were getting should they draft him, a confident Murphy said “a very elite player.”