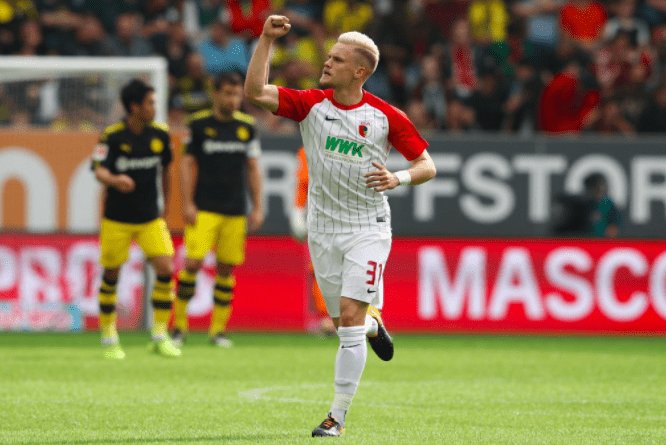 Despite having a 14-point lead at the top of the Premier League table, Pep Guardiola understands the need to further strengthen the squad as Manchester City compete in different competitions and become the first Premier League team after Arsenal to win the ‘invincible’ tag.

The league leaders are being linked with a move for Augsburg left-back Philipp Max this January, according to the Mail. The report suggests that scouts were left impressed with the  24-year-old’s performance against Freiburg on Saturday.

Max could be a good cover for City left-back Benjamin Mendy, who has been out with a knee injury. The German has grabbed 10 assists this season and consequently, has been linked with Premier League rivals Chelsea, Tottenham, Man United and Everton as well.

Max has caught the eye of teams across the world with his impressive displays as a full-back for Augsburg. The 24-year-old has 9 assists this term and could prove to be a valuable asset for any team.

9 – Philipp #Max (@FCA_World) provided 9 assists in the #Bundesliga 2017-18 – more than any other player in the top 5 leagues this season. Extraordinary. #FCASCF pic.twitter.com/HJhCk0ILbd