According to reports in the trusted and reliable Gianluca Di Marzio website, Chelsea striker Romelu Lukaku is set to join Everton on a permanent deal. The report claims that the negotiations between the two clubs are on advanced stages and an agreement is likely to be reached soon. 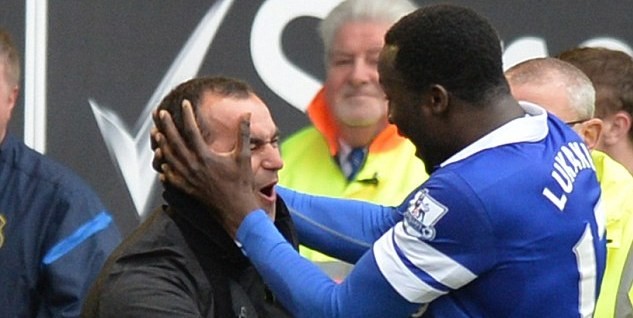 Earlier Everon manager Roberto Martinez hinted that the Toffees are certain to sign the striker. In a YouTube video captured for a fans’ website during the club’s preseason trip to Thailand, Martinez was confident on acquiring the services of the 21 year old on a permanent deal, “Of course we’ll get him.”

The Belgian scored 15 goals in 31 Premier League appearances last season on loan for the Goodison park outfit and it is now believed that the Blues from Merseyside are willing to offer €30m plus bonuses to Chelsea for the Belgian striker.

Earlier German side Wolfsburg appeared desperate to land Lukaku while La Liga winners Atletico Madrid were also interested but their interest dropped off after having signed Mario Mandzukic from Bayern Munich.