Chelsea will welcome derby rivals Fulham at Stamford Bridge in Saturday’s late kick-off in the Premier League and will be looking to return to winning ways after a difficult few weeks. 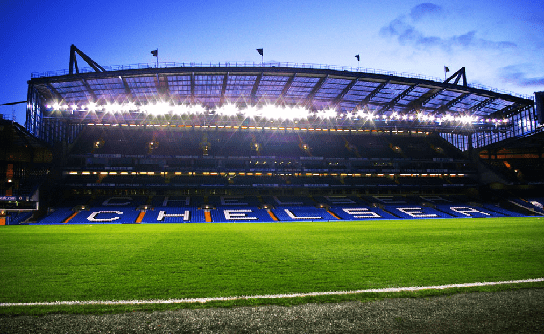 The Blues have had a stuttering start to the season. They won the opening two games against Hull City and Aston Villa but since then haven’t registered a victory in their last four matches in all competitions.

After earning a stalemate draw at Old Trafford, Mourinho’s men suffered a heart-breaking loss against Bayern Munich in the European Super Cup. This was followed by a shock 1-0 defeat at the hands of Everton at Goodison Park while suffered a 2-1 defeat against FC Basel in the Champions League group stage opener at Stamford Bridge on Wednesday.

Mourinho has criticized his players for showing lack of maturity and attitude but dismissed talks about any potential crisis at the club.

This has been the worst ever start in a decade for Chelsea, so Mourinho would be looking for a sharp response from his players. The Portuguese has never lost a Premier League game at Stamford Bridge while Fulham have a wretched record against the Blues, having beaten them once in 34 league and cup meetings, a run spanning 34 years.

Fulham are 14th in the table with just 4 points and Martin Jol’s team have only won twice and lost eight times in their last 12 matches.

Chelsea skipper John Terry is looking to return to the starting line-up after missing out on the last game against Basel. He should be joined by Brazilian Ramires, who was suspended in midweek.

Fulham striker Dimitar Berbatov will have a late fitness test after struggling with a hamstring problem but could partner with Darren Bent in the attack, for the Cottagers. Midfielder Bryan Ruiz has suffered an ankle injury, while Aaron Hughes, Matthew Briggs and Maarten Stekelenburg all are sidelined for this tie.

The big question is will Juan Mata be recalled into the starting line-up again? The Spaniard has been largely overlooked by Mourinho, which has caused discontentment among the fans as well.

Oscar – Jose has said early in an interview that Oscar’s best position is no 10 and it seems he has earned the trust of his manager. Can he score yet again?