Chelsea have announced the signing of 19-year old defender Kurt Zouma on a five-and-a half-year deal. 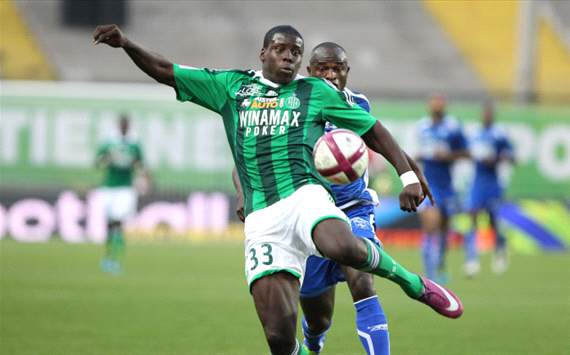 The under-21 French international will be immediately loaned back to former club St Etienne for the remainder of the season. No confirmed fee has been released as yet.

We have completed the signing of Kurt Zouma from St. Etienne, http://t.co/KYnztq6qdM #CFC

The central defender has signed a five-and-a-half-year contract with Jose Mourinho’s side and is seen as an integral part of Mourinho’s long term project at Chelsea.

The aquisition of Zouma will raise questions about the future of club skipper John Terry, who is out of contract in the summer and yet to agree a new deal. Also, David Luiz’ future at the club could also be under threat, with speculation linking him with a summer move to Barcelona only to increase.

The 19-year-old French youth international was banned for 10 matches earlier this season for a leg-breaking tackle on the Sochaux midfielder Thomas Guerbert. He was also part of the team that won the Under-20 World Cup last year.

What do you think? What will happen to Terry and Luiz next season? Let me know in the comments below…