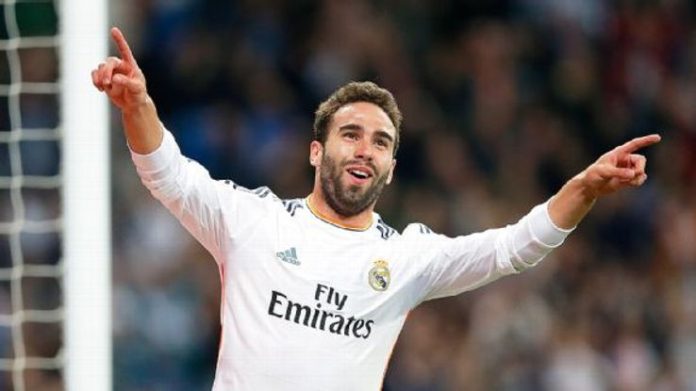 Chelsea have identified Dani Carvajal as the ideal replacement for Branislav Ivanovic.

The Serbian has made a disastrous start to this season and has lost the faith of his manager, Jose Mourinho. Earlier this month reports emerged that Mourinho has ordered his scouts to search for a suitable replacement.

It seems Chelsea have found their alternative to the misfiring Serbian. One of the best right backs in the league last season, Ivanovic has regressed massively and is costing his side valuable points.

According to TuttoMercatoWeb, Chelsea are exploring the possibility of signing Dani Carvajal.

The Spanish right back has been linked with an exit after the Los Blancos signed Brazilian right back, Danilo. However, the former Porto man has picked up a long term injury and in such a scenario it seems unlikely that Rafa Benitez will allow Carvajal to leave, especially with no cover.

Carvajal is thought to be valued at around 15 million pounds and Chelsea are prepared to meet Madrid’s asking price for the aggressive full back. It seems Jose is reluctant to use Azpilicueta as a right back and despite signing Baba Rahman in the summer, the Portuguese wants to use Azpilicueta as the left back.

Carvajal’s style of play suits the Premier League and the Spanish full back will be a good addition for Mourinho’s side. It remains to be seen if Mourinho can convince Madrid to sell, but there is no doubt that Carvajal will be an upgrade on Ivanovic.