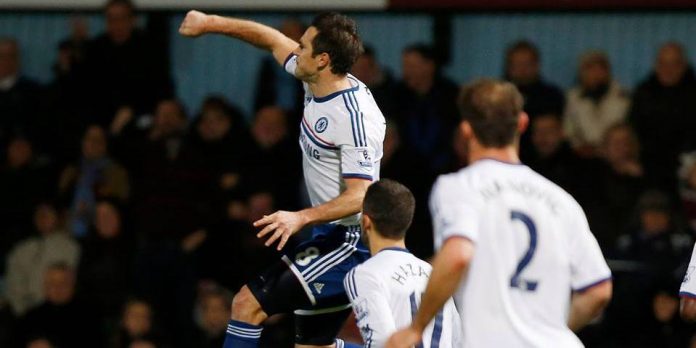 Chelsea cantered to a 3-0 victory against West Ham at Upton Park in the late kick-off at Upton Park. The Blues were always comfortable against their London rivals, with a Frank Lampard double, and an Oscar special giving Chelsea the win. 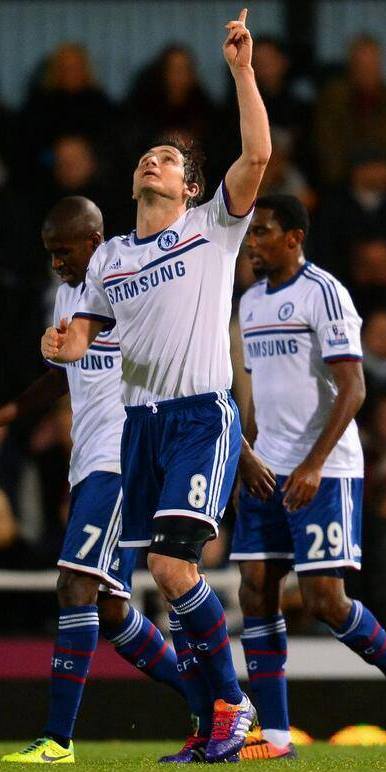 The three points puts Jose Mourinho’s men up to third in the Premier League table, above Southampton who lost to Arsenal earlier in the day. The way in which his side dominated proceedings will have pleased Mourinho, who received the perfect response, having collected only one point from their last two games.

A comfortable afternoon for the big Czech; the Chelsea number one was surely braced for a physical afternoon in East London, but this failed to materialise. He dealt with crosses well, and enjoyed the view as the Chelsea attackers put on a show.

Had some early issues with Stewart Downing in the first half, who looked to run at the Serb down the right flank. Put in a good shift overall, aided the attack and kept calm at the back.

Composed and rock solid at the back, Terry is really back to his best for Chelsea. Dealt with the minimal threat posed by the striker-less West Ham outfit, and continues to excel under Jose Mourinho; and not for the first time.

Like his centre back partner, Cahill effortlessly quashed any and all forays from the Hammers’ toothless attack. Had a headed effort cleared off the line before the hour mark; and further consolidated his place in the heart of the defence.

Playing once more in Ashley Cole’s absence, ‘Azpi’ is thriving in the unorthodox right back role. Made a crucial interception on Ravel Morrison in the first half, joined in attacks with vim, and defended consummately.

A very good showing from the Nigerian; Mikel was recalled into a reshaped centre midfield for Chelsea, and was calmness personified throughout. Full of neat turns, and intelligent passing; Mikel’s performance could well have earned him more than just a fleeting appearance in the starting line-up.

‘Super’ Frank Lampard was back to his best in this match, as he ended his longest goalless stretch in a Chelsea shirt with a cracking penalty. It was the tenth straight game without a goal in the Premier League for the Chelsea stalwart, and he ended that with aplomb. Grabbed another goal to kill off his former club, Lampard led by example throughout, and was the deserved recipient of the man-of-the-match award.

The wiry Brazilian was himself, superb in this London Derby. Possessing a stunning turn of pace, he often left the West Ham players for dead; striding through the middle of the park, and setting up many of Chelsea’s most promising attacks.

So often Chelsea’s best player in recent matches, Oscar is a joy to watch, and yet also quite capable of applying himself to the nitty-gritty of the English top flight. As well as showing off his gorgeous touch and vision, the Brazilian was also one of the Blues’ most hard working players in tracking and defending from the front. A great goal scored from the world star in the making; he possesses so much, and never gives less than 100%. Came off late for Andre Schurrle.

Paled in comparison with his fellow attacking midfielders, this was not one of his best outings. With such high standards expected of him, the Belgian drifted in and out of the game; and with so much competition waiting in the wings, he will have to produce much more than this. Came off late for Michael Essien.

Starting once more in the absence of Fernando Torres, Eto’o worked his socks off; testing Jussi Jaaskelainen with a number of spectacular efforts, and leading the line very well for the Blues. Always looked a danger up top whenever he received the ball, he has made Torres’ first team return much less of a sure thing. Came off late for Demba Ba.

What do you think of the ratings? Let us know in the comments below…