According to talkSPORT’s news and latest football coverage, former Chelsea striker Didier Drogba is reportedly in talks to rejoin his former side in a player-coach capacity next season. 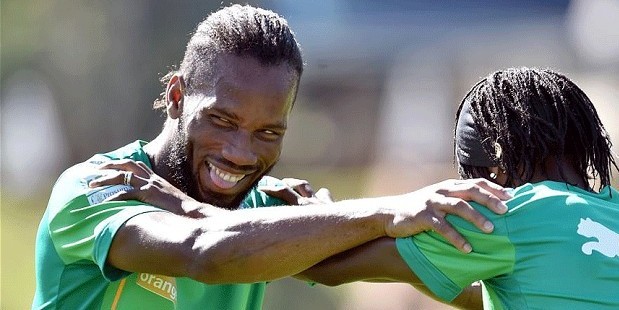 The Ivorian achieved legendary status at Stamford Bridge with his last kick as a Chelsea player two years ago, scoring the winning penalty in the 2012 Champions League final against Bayern Munich; and Chelsea fans may be welcoming the now 36-year-old back to West London this summer, with the Daily Mail claiming that talks have now opened between both club and player.

Drogba is a free-agent after having left Turkish side Galatasaray at the end of last season, and has been linked with a move to Juventus and Qatar as well as a return to Chelsea. The Mail report that Jose Mourinho is eager to bring back the former Marseilles striker to ‘add extra impetus ahead of the new season’.

With Demba Ba and Romelu Lukaku strongly linked with loan moves away, Samuel Eto’o departing, and Fernando Torres’ future still subject to speculation, Mourinho wants an old hand to steady the ship, and provide sturdy backup to the incoming Diego Costa, who agreed to a £32m move from Atletico Madrid this month.

Mourinho holds his former charge in the highest regard, and announced his eagerness to see Drogba back at the Bridge next season back in March when Chelsea took on Galatasaray in the Champions League.

As well as being understudy to Costa, Mourinho reportedly wants to develop Drogba as a coach, and will be given added responsibilities at the club if he decides to return to his spiritual home.

What do you think? Would this work for Chelsea? Costa, Drogba and Torres – is this good enough to challenge for the Premier League title?