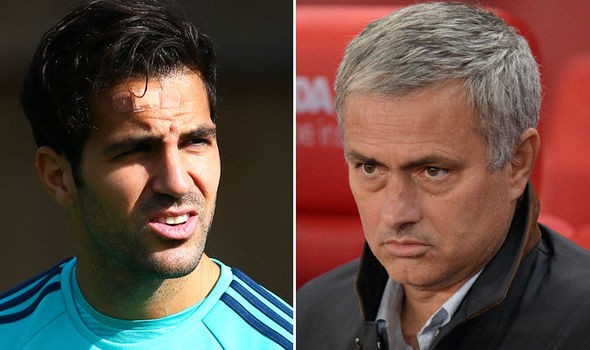 Chelsea midfielder Cesc Fabregas has issued a detailed statement on his Twitter account, amidst what can be described as nothing less than a severe crisis at the club. The Spaniard has been well below par this season on an individual level as well, after starring in the title win last season as the highest assist-maker.

There has reportedly been a lot of unrest in the dressing room at Stamford Bridge recently, with an unnamed player stating that he would “rather lose than win for Mourinho“. The identity of this individual may forever be unknown, but it represents the fact that the Portuguese manager may be losing the dressing room.

Fabregas though, has stated that his relationship with Mourinho is still very much intact, before going on to say that Chelsea would bounce back again. The Blues have made the worst start to a Premier League season by any defending champion in history, accumulating just 11 points in as many games and lying in 15th place in the table. Saturday’s 3-1 loss against Liverpool was their 6th of the season, and 3rd at home.

I would like to clarify that contrary to a few reports form some online websites, I am extremely happy at Chelsea (…)

..and have an excellent relationship with the manager. There maybe certain individuals from the outside trying to destabilise this club …

… but I strongly believe that we will bounce back and come good again.

The manager has been given a one-match stadium ban after his clash with referee Jonathan Moss in Chelsea’s 2-1 defeat away at West Ham United two weeks ago. He has also been fined £40,000 for the same, as reported here by The Telegraph.

Moss sent off Nemanja Matic in that match for two bookable offences, and Mourinho lost control at half-time. He made his way to the officials’ dressing room and lambasted Moss, before sent to the stands and being forced to watch the second half from the Directors’ Box. 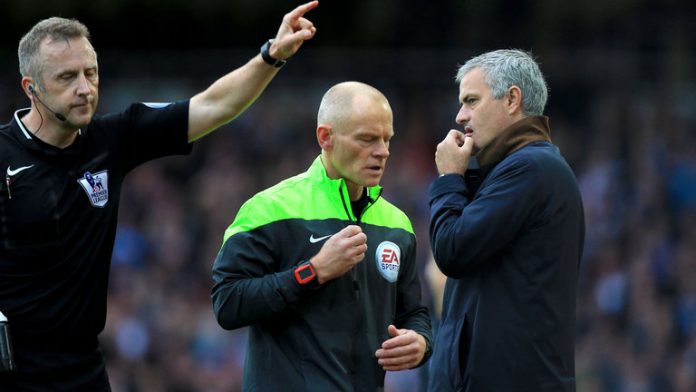 This comes less than a month after he was fined £50,000 for his comments after saying that referee Bobby Madley was too ‘afraid’ to give decisions in his side’s favour in a 3-1 home loss against Southampton.

There are rumours doing the rounds that the game against Stoke on Saturday will be the last of Mourinho’s Chelsea tenure. It’s a pity that he won’t even be around to watch it in person.