Manchester City have reportedly joined both Chelsea and Manchester United in the race to sign Southampton’s Luke Shaw, with the Premier League trio all desperate to snatch him up. 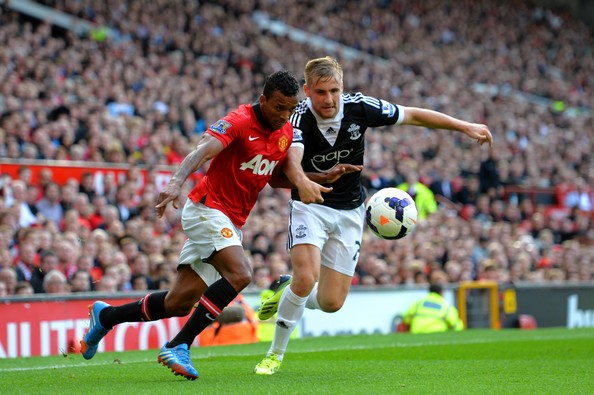 Shaw has burst onto the scene this year with a host of mature displays at the back for Southampton, with the 18-year-old mooted to be a dark horse in the race for a place in the England World Cup squad.

Chelsea emerged as favourites to sign the youngster in January, with Mourinho intent on replacing the ageing Ashley Cole with young English blood, with current incumbent Cesar Azpilicueta a right-back by trade. Shaw is a Chelsea fan from birth, and his parents live in Cobham, where Chelsea’s training complex is situated.

But Manchester United then arrived on the scene, with David Moyes eager to embark on a defensive reshuffle, with the likes of Rio Ferdinand, Nemanja Vidic and Patrice Evra all set to leave Old Trafford in the summer.

Now, Manchester City have joined the throng, according to the Guardian, with Manuel Pellegrini not planning to miss out on such a talent.

Considering Gael Clichy is not considered to be in the top rung of defenders, and with the man in favour, Alexsander Kolarov much more adept in attacking than defending, Shaw represents the chance to fill that troublesome area for City, and for the forseeable future.

Shaw is said to be rated at around £22m by his club, with a titanic battle for his services set to start in the summer.

What do you think? Where will Shaw end up? Should he stay at Southampton? Let me know in the comments below…