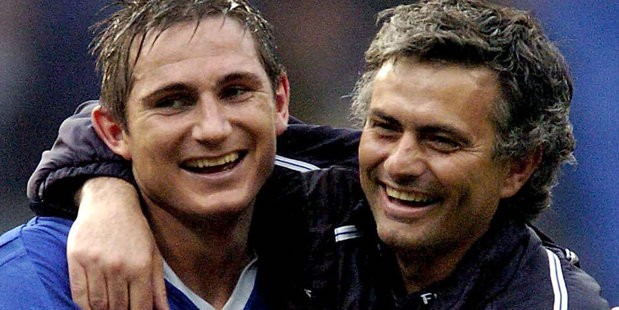 Chelsea boss Jose Mourinho believes that club legend Frank Lampard will still play a significant role in the side even now and in near future. However the Portuguese is aware that he cannot rely on Lampard to be ever-present as in the past, rather will use him sparingly.

The 35-year-old was one of the key jewels of Mourinho’s team during the Portuguese’s first stint at the club. Apart from the fact that he has always been a goal-scoring midfielder and a match winner, Lampard has been an epitome of great consistency.

In three full-seasons under Mourinho, Lampard made 58, 50 and 60 appearances respectively that highlight his fable of consistency.

There was a time during the last season where Lampard’s future at the club was shrouded in the mist as he was approaching the end of his contract and there were no assurances from the hierarchy regarding any extension. He still managed 50 games out of 69 matches Chelsea played last season, scoring 17 goals and became the club’s all time leading goal-scorer.

Jose feels that he is still an important figure for the club, but due to his age, playing week-in-week-out is not a viable option for the England midfielder. He said:

“In this moment we have just to analyse competition and make some choices, because I believe he is the same player, with the difference that he is 35 and the time [needed] to recover from match to match is not the same for a man of 35 to a man of 25.”

And there are tactical reasons too. Lampard is a typical box-to-box midfielder with limitations attached to his game. Unlike his European counterparts, he is not as technically gifted to adjust to a different role in midfield as opposed to other players of his generation. Mourinho added:

“The role doesn’t have to change. He knows I know how to do it with players of his age, because at the end of the day we have to be just clever, because the player is the same.”

English midfielders like Paul Scholes and Steven Gerrard were all typical box-to-box midfielders during their prime, but with age, they have adapted to the roles of a holding midfielder or a regista. It is a very specialized role that allows aged players to prolong their career, as it is obvious that playing box-to-box roles are physically very demanding.

Jose understands the nitty gritty tactical and technical nous needed to flourish in the role of a regista and in the twilight of his career; the Special One doesn’t seem to think that Lampard would do well, to adjust to such a role, hence the Van Ginkel signing.

How much of an involvement Lampard will have under the tutelage of Jose remains to be seen, but Lamapard’s mentor has taken the right option of not trying to improvise his game as he believes that the instinctive and natural bursts of football is what makes Frank Lampard.