Chelsea striker Diego Costa has admitted to being overweight and has blamed Chelsea’s poor form on himself and his teammates.

Diego Costa claimed that he was out of his diet and gained weight. Further, he also admitted to being in a poor physical condition and accepted full responsibility for his poor form.

But the Brazilian also blamed his teammates for the recent showings and claimed that they have been equally poor on the pitch.

“We know we’re not in the form we were supposed to be at the beginning of the season,” he said. “We need to blame the players because we came back from holiday very confident, thinking we could go back into how it was last season, and then realised the team was already in a bad situation.

“I’m going to be very honest: Maybe a few weeks ago, five or six weeks ago, I was not on top of my game. At least physically,” Costa told .

“We talk within the players and we know that, maybe at the beginning, we were not 100 percent as we were supposed to be when we got here. I got injured at the end of last season and then I went on holiday.

“Maybe I got out of my diet and, when I came back, I was not the way I was supposed to be. I was a little bit overweight. That affected my game. You can be selfish and blame it on the manager but I’m not going to do that. 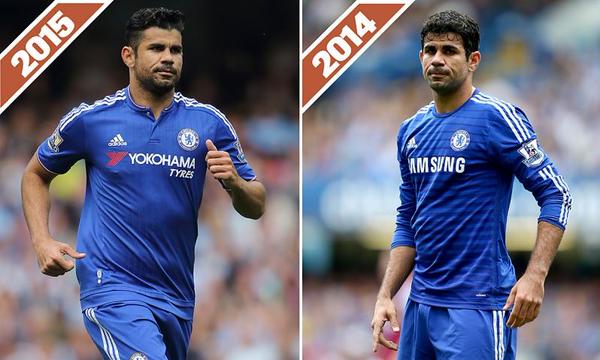 “I’m responsible 100 percent, and so are the other guys. So all we can do now is train very hard and work very hard to try to get back to that level where we were the season before.”

Diego Costa also gave his backing to under fire Chelsea manager, Jose Mourinho. Costa stated that the Chelsea dressing room are convinced that Jose is the right man to lead the club and is criticised because of his outstanding past achievements.

“He is always giving us all the support we need, and the players talk to each other and say he is the best manager you can have. Always when things don’t go the way that everyone expects, people, the supporters as well, always look for someone to blame,” Costa said.

“I’m here because I’m happy with the manager but I’m not only speaking on my behalf. I am here to speak for everyone, for the group. All that matters at the end of the day is the group. Yes, he has supported me, but he has shown support for all of the players.