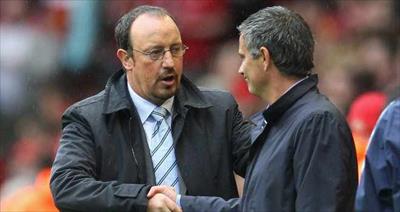 Jose Mourinho’s second coming at Chelsea hasn’t exactly been smooth. He started with two back to back victories over Hull City and Aston Villa, but has failed to win in the last four games in all competitions. More than results, it was the performances that have been far from encouraging.

Well, the present squad is not completely Jose’s squad in truest sense. He needs time to sculpt the squad to his own taste. But one cannot help but think are they any better than under former manager, albeit interim, Rafael Benitez.

For that matter, the current squad cannot be attributed to Rafa as well.

The Spaniard has had a stuttering start in the beginning but soon he steadied the ship and took them to Europa League triumph, as also guided them to Champions League, ahead of Arsenal and Tottenham.

This piece is not about an eulogy to Benitez, but it is a FACT that Rafa took charge of the squad that were suffering under Roberto Di Matteo, despite making an early good start. He didn’t get a pre-season under his belt and all he could do was to join pieces to make a solid unit, which is indeed a herculean task at any big club.

If we compare, Rafa’s first 44 matches at Chelsea and Jose’s last 44 matches at this club, we will find both have won 25 games, with a winning percentage of 56.8. However, Rafa lost more matches (10:4) than Mourinho while under Portuguese, Chelsea (9:15) had drawn more matches.

At least Mourinho got an entire summer to study the squad, make necessary reinforcement and have the full backing of his owner. Plus, he is adored here by the fans like a demi-god. And let’s not go into any discussion what reception ‘the-fat-Spanish-waiter’ got from the Chelsea fans.

Last but not the least, Rafa brought out the best from two outstandingly gifted players – David Luiz and Juan Mata. Strangely, Mourinho doesn’t hold high opinions for both of them. Early stages may be, but signs are alarming.