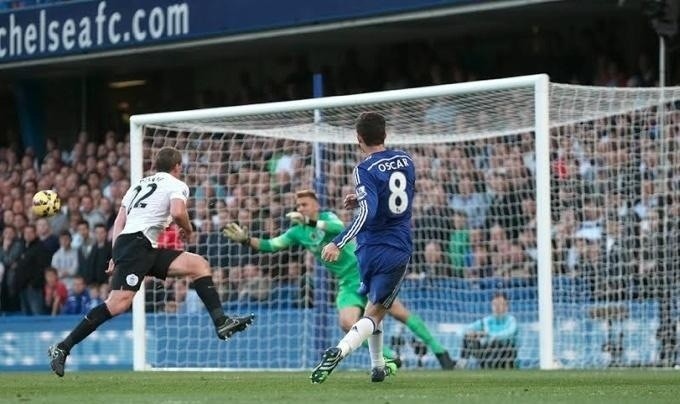 Chelsea maintained their 100% home record with a narrow 2-1 victory over Queens Park Rangers on Saturday. In a game that was expected to be anything but difficult for Jose Mourinho’s men, the away side put in a dogged display and kept the Blues honest all the way to the end. Oscar opened the scoring in the first half  before Charlie Austin equalised out of nowhere for QPR on the hour-mark. Eden Hazard slotted in the winner from the penalty spot 15 minutes from the end after being felled by Eduardo Vargas in the box.

1) Oscar puts in another masterclass:

Once again, one of Chelsea’s most important players in midfield was Oscar. The Brazilian was everywhere on the pitch, as his heat map shows. 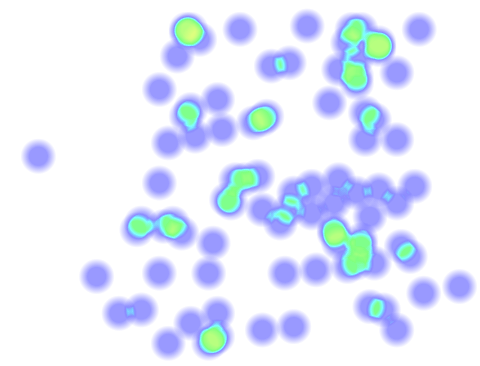 This time though, Oscar’s contributions to the game didn’t go largely unnoticed as he crowned his performance with a sumptuously-taken goal with the outside of his right boot after being set up by Cesc Fabregas. His omnipresence on the pitch has been key to the Blues’ solidarity in recent weeks, and his display was much appreciated by manager Jose Mourinho after the game.

Diego Costa played his first game for Chelsea in nearly a month and gave a huge boost to the fans and players. Despite not getting on the scoresheet, the Spaniard put in a decent display, linking up well and getting into good positions. He looked understandably rusty at times, but played for 78 minutes, which clearly shows that he is nearly back to full fitness. More importantly though, he avoided getting himself into the referee’s notebook, as a yellow card would have ruled him out of next week’s fixture at Anfield.

3) Chelsea Fail to Kill The Game Off, Again:

In the two games that Chelsea have drawn thus far in the Premier League this season, they have taken the lead, attempted to sit back on it and conceded an equaliser. That is just what happened yesterday as well. After going ahead, the Blues failed to kick on and despite having a couple of decent openings, couldn’t put the game to bed. QPR, in a rare attack, found themselves level after Austin’s clever backheel flick. A few minutes later, they nearly went ahead as Sandro’s low show shot grazed the outside of Thibaut Courtois’ post. Despite managing to find the winner late on, Chelsea will know that they have to put teams away quickly in the future.

4) Another Solid Defensive Display By QPR:

After the absolute catastrophe against Liverpool at Loftus Road two weeks ago, which saw both their centre-halves score own goals, QPR have now put in two consecutive solid displays at the back. After keeping a clean sheet against Aston Villa last Monday, Richard Dunne and Steven Caulker once again had fantastic games at the heart of the defence on Saturday. Between them, they won each and every one of their 11 aerial duels, made 25 clearances and kept Diego Costa quiet throughout. The following heat-map shows just how authoritative the duo was in QPR’s penalty area yesterday. If they can keep up these performances at the back, they will have a much greater chance of staying up this season. 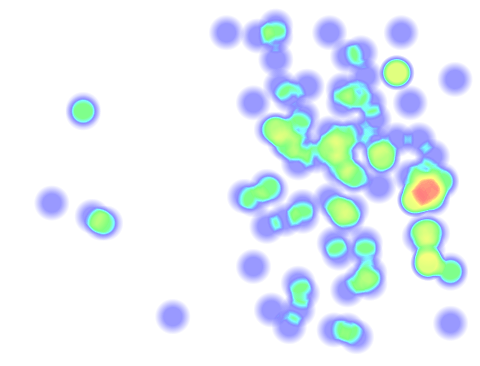