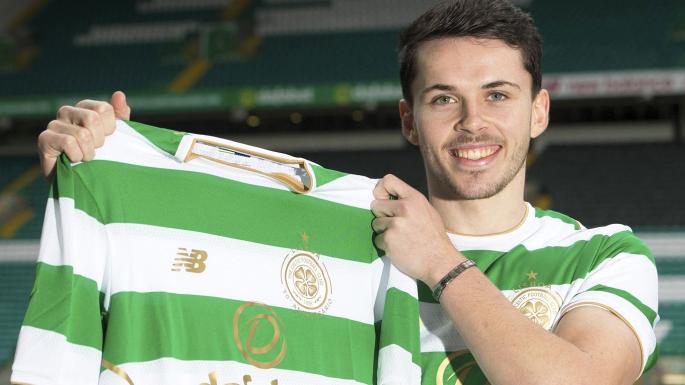 Lewis Morgan joined Celtic in the January transfer window and was immediately sent back to St Mirren on loan for the rest of the season.

He was a regular starter for St Mirren, but found game time hard to come by at Scotland’s one of the biggest clubs. He has played in five Scottish Premiership games for the Bhoys this season, and is expected to feature in Celtic’s crucial Europa League clash against RB Leipzig.

The 22-year-old has stated that it has been frustrating for him at times to be not playing regularly at Celtic.

However, he is benefitting from Brendan Rodgers’ rotation policy, and believes that he will get chances to impress the Celtic boss.

Morgan has admitted that he’s showing his best in training to impress Rodgers. There will be nine games for Celtic in December, and Morgan is hoping to feature in some of them.

However, the former Rangers academy product has admitted that he is not looking to leave Celtic on loan in January, rather he is focussing on the upcoming games to play for the Bhoys.

“I’m frustrated that I’m not starting games because I was used to that at St Mirren but that’s what happens when you’re at a club the size of Celtic.

“We have nine games in December. I’m hoping I get my chance no matter what.”