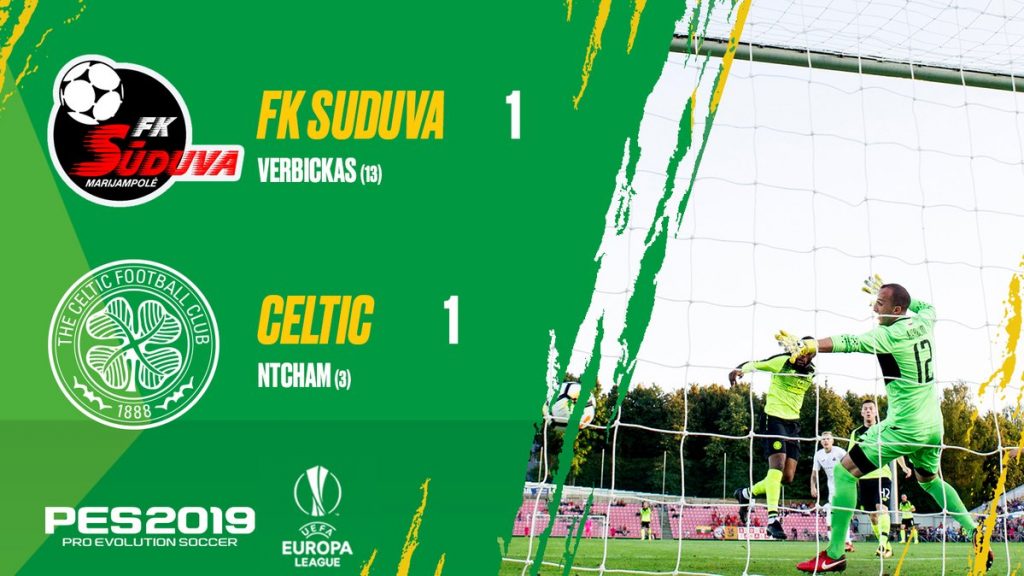 Celtic were held to a 1-1 draw against Suduva in the Europa League tonight.

Brendan Rodgers’ men got off to the perfect start with an early goal from Olivier Ntcham. However, they failed to hold on to their advantage.

Celtic crashed out of the Champions League after some poor defending against AEK Athens and the fans will be disappointed to see the same defensive frailties tonight.

The Scottish champions were fragile at the back and they were deservedly punished by the home side through Ovidijus Verbickas.

It will be interesting to see how Celtic react to this result now. An away draw in Europe is not a bad result but the performance was simply not up to the mark.

Celtic will be hoping to take advantage of their away goal in the second leg now. However, they will need to improve at the back in order to make it to the next round of the competition.

Here is how the Celtic fans reacted to the result.

We deserve better…..whatever is happening up there needs addressing pronto!!! Based on that performance we aren’t worthy of any European football!!!

2 wins from the last 7 games. 2 clean sheets from 7. No creativity in the final third and we’ll not bothering mentioning the defence. What the fuck is going on ??‍♂️