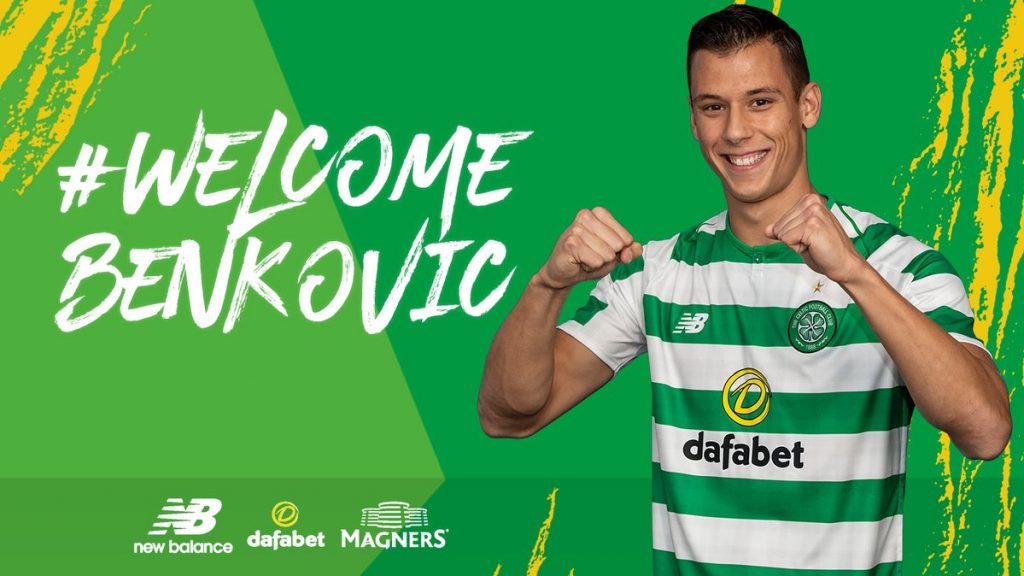 Celtic have agreed on a deal to sign the Leicester City defender Filip Benkovic on loan this season.

The highly-rated defender completed his move last night but the deal was in place for days. Benkovic even attended Celtic’s European clash against Suduva earlier this week.

Brendan Rodgers could use some defensive depth and Benkovic should prove to be a quality addition.

The 21-year-old needs to play regularly at this stage of his career and a loan move makes sense for him as well.

However, it seems that Benkovic’s signing has been overshadowed by the departure of Moussa Dembele. The Celtic star has joined Lyon permanently and the fans are not happy about it.

Celtic announced the signing of Benkovic after the departure of Dembele and the fans believe that it was a PR stunt designed to appease the fans.

They believe that the club was trying to soften the blow with a last minute signing.

Here is how they reacted to the news on Twitter.

Almost like it was sorted earlier in the day, and you left it until just before the window to announce it to keep fans happy.

Wow! A last ditch signing! We are appeased! We are grateful! We are … not stupid. Although you certainly treat us that way. The manager announced this deal earlier. Stop pretending that somebody was slaving away over this. You’ve insulted our intelligence enough for one window.

Decent Window after all and £30m banked ☘️ #ThisHowItFeelsToBeCeltic

Embarrassing yourselves keeping this until the last hour of deadline day just to look active! The deal was done days ago

Waiting until the end of the window when the [email protected] trained with the team this morning and the manager said he was available to play this afternoon is just insulting. A fitting end to this shambles of a window

That was done ages ago. Why leave it till now to announce? To make it look like something is being done? Absolutely shocking transfer window!