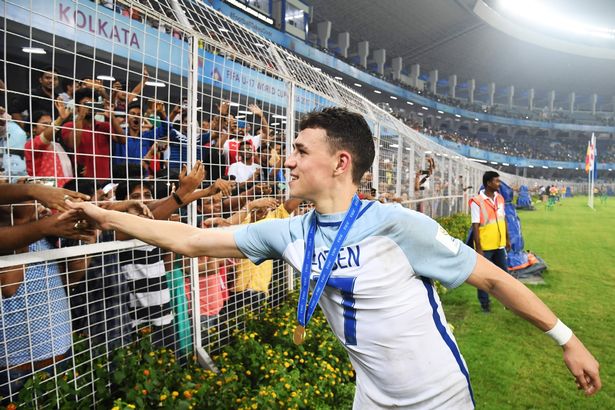 Brendan Rodgers is prepared to seal a loan move for the 17-year-old in January.

According to reports, the Premier League outfit are looking to develop Foden at Etihad and they will reject any loan offers for the player next month.

It is understood that Pep Guardiola wants the player to remain in Manchester for now.

Foden was a star for England during the U17 World Cup and he was voted as the tournament’s best player as the Three Lions won the competition.

Manchester City will have several games during this festive period and they plan to use Foden in the first team.

It will be interesting to see what happens over the next few weeks and how much game time is offered to the 17-year-old.

At this stage of his career, he needs to play week in week out. If Manchester City cannot provide him with that option, a loan move would be best for all parties.

Clubs like Celtic have a superb track record in improving young players and Rodgers would be the ideal manager for Foden right now. He believes in a possession style football similar to that of Guardiola as well.