Celtic and Leeds should rekindle interest in Wigan’s Nick Powell 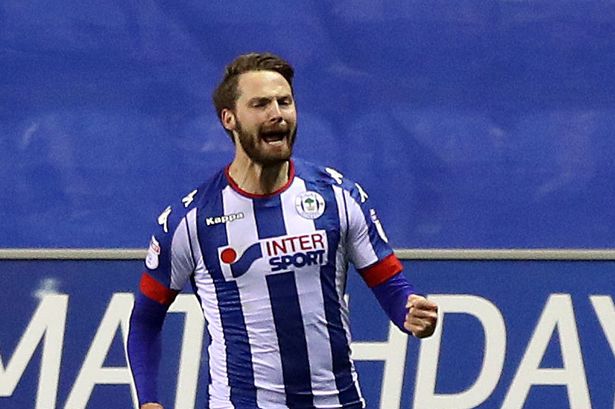 Nick Powell scored the only goal of the match as Wigan Athletic defeated Bristol City 1-0 in the Championship clash on Friday night.

The victory meant Wigan have moved to third in the Championship table, two points behind league leaders Leeds United, having played a game more.

Powell once again has been their star performer this season. The 24-year-old scored 15 goals last season. And has been in good form this season as well, managing four goals and three assists already.

His impressive form should excite plenty of his potential suitors, and that is why Celtic and Leeds should re-kindle their interest in him in January.

During the summer transfer window, TeamTalk reported that Celtic are monitoring his situation, while there was strong interest from Leeds and Aston Villa as well.

Leeds have been in great form with the attacking line-up of Samuel Saiz, Gjanni Alioski, Mateusz Klich, and Pablo Hernandez firing all cylinders for Marcelo Bielsa.

However, adding Powell will not only weaken their opposition rival, but will subsequently add depth and quality to the squad.

Celtic, likewise, will be looking to sign an attacking forward following the departure of Moussa Dembele. While Powell may not be a like for like replacement, his ability to score and provide assists should force Rodgers into taking a serious look at him in January.