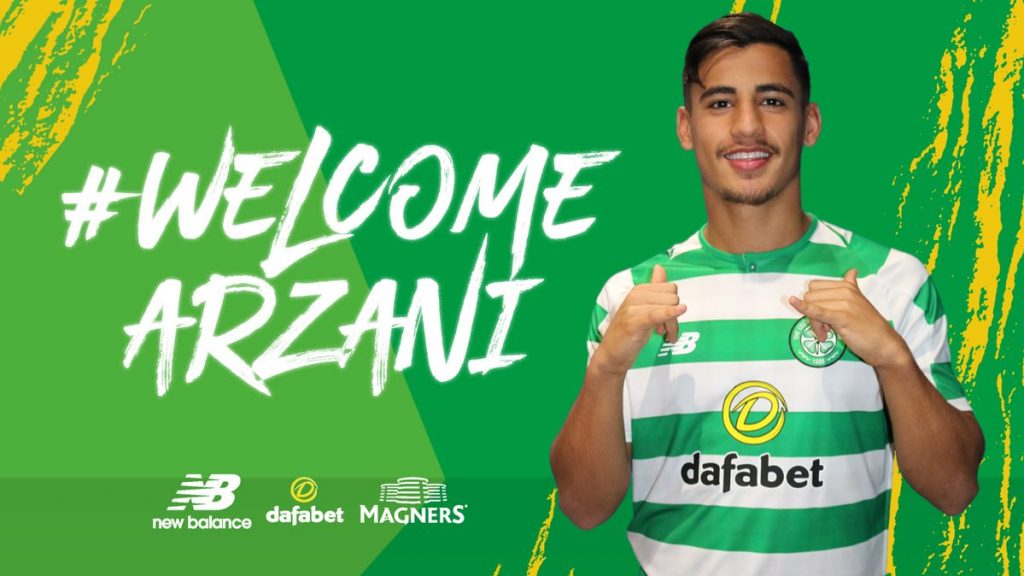 Celtic have agreed on a deal to sign the highly talented Australian midfielder Daniel Arzani.

The 19-year-old completed his move to Manchester City earlier this summer and now he has signed for the Scottish giants on a two-year loan deal.

The transfer has been officially confirmed on the club’s website.

Rodgers will be delighted to have signed the highly-rated attacking midfielder. Celtic are in need of some creativity and flair upfront and Arzani could prove to be a key addition. Already an Australian international, Arzani played for his country in the World Cup as well.

Celtic fans have been urging the club to spend sign some players and they will be happy to see a new signing. The Bhoys still need to shore up their central midfield and defence before the window closes.

Arzani has revealed that he spoke to the Celtic star Tom Rogic before making the move. Rogic urged his compatriot to join because of his experience at the club.

Speaking to the official Celtic website, the Australian player said: “Celtic is a massive club with a great history and one of the best followings in the world, so I’m looking forward to getting started. The idea was put to me to come to Celtic and work with Brendan Rodgers, and it was something I was very interested in doing, and when it became a reality, I was very excited. I’ve had a couple of chats with the manager, more about when I’m coming and when I’ll get started, but I’ll have more chats with him after I settle into the club. But, for me, it’s about coming here, doing the best that I can and helping the club as much as possible.”

Here is how the Celtic fans reacted to their new signing.

Haven’t forgotten how to sign new players after all ? pic.twitter.com/oRf0NK7O9e

Welcome to Celtic. Wishing you every success ???

Excellent signing for us looks a really exciting player

Welcome to the club. HH