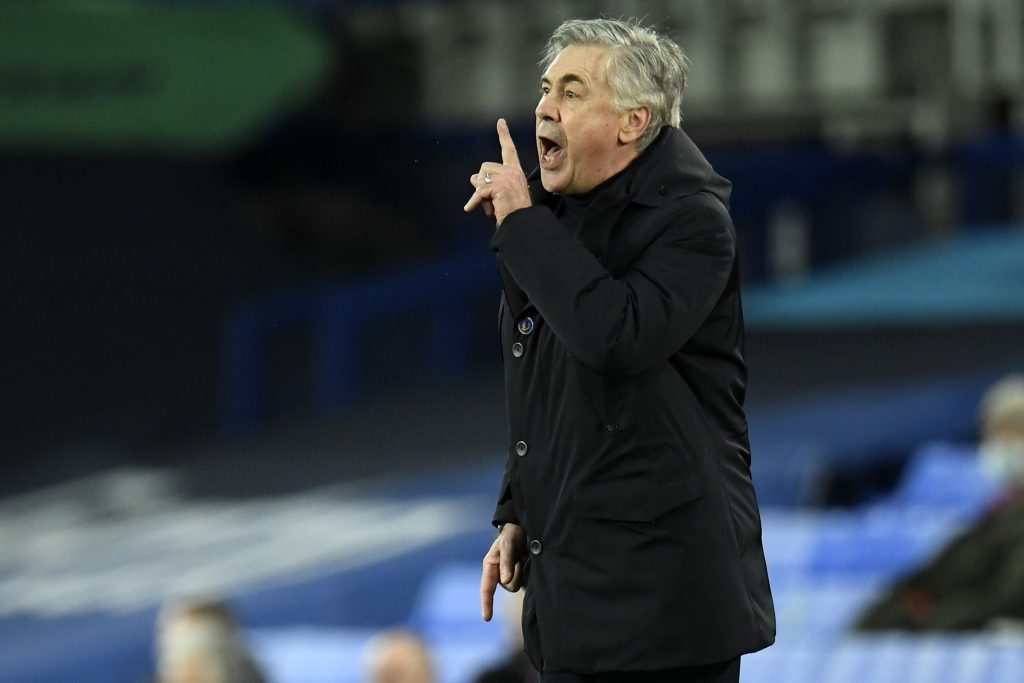 Everton will face Southampton in the Premier League on Monday.

Ahead of the match, Carlo Ancelotti has confirmed that Dominic Calvert-Lewin and Allan are training well and available for selection against the Saints.

Calvert-Lewin came on as a substitute in the 2-0 win against Liverpool. Allan returned to the Everton squad after a long injury lay-off but he only made the bench.

The Italian boss has also claimed that centre-back Yerry Mina could return to action in two weeks time.

However, he wasn’t missed during the clash at Anfield. The trio of Michael Keane, Ben Godfrey and Mason Holgate were superb, but Ancelotti could tweak his system against the Saints at home.

Gbamin is "progressing well" but still no date set for return to training. Mina the same. "Two weeks" or so away

Josh King, the January signing from AFC Bournemouth, has made only four substitute appearances so far, clocking 67 minutes of action. Ancelotti has confirmed that he is progressing well and will start in certain games in the near future.

This week Liverpool City council have approved Everton’s application to build a 52,888 seater stadium at Bramley-Moore Dock in north Liverpool.

The request has received ‘unanimous consent’ from the council’s committee, and Everton can look forward to a bright future.

Ancelotti has suggested that he wants to be at Everton for a long time and wishes to be at the club when the new stadium is opened.

The Italian will be keen to celebrate the news with a victory over the out-of-form Saints on Monday.

They are without a win in their last eight Premier League games, and Everton should pick up all three points at Goodison Park.

In other news, Everton have been reportedly linked with a move for Lucas Vasquez, and you can check how the Toffees fans feel about it.