Manchester United have made an approach for Chelsea midfielder Juan Mata, according to the BBC. 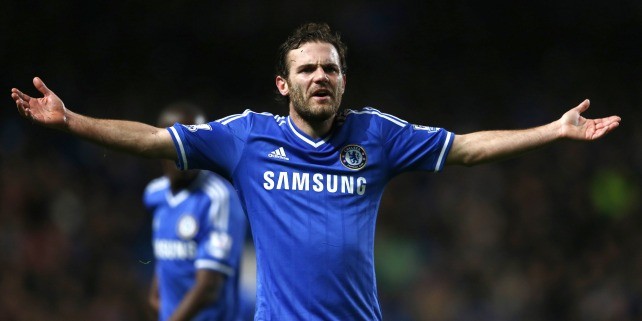 Mata has long been linked with a move to Old Trafford, having fallen out of favour under Chelsea boss Jose Mourinho.

BBC sports editor David Bond has now claimed that an offer has finally been made for the Spaniard, believed to be in the region of £35m, which was processed through intermediaries acting on behalf of Manchester United.

The news arrives after widespread reports stated that United were already negotiating with Chelsea, and that a deal for the 25-year-old could well go through before the weekend.

The Spaniard was said to be absent from training today at Chelsea’s Cobham headquarters, with the Daily Telegraph claiming that Mata is already preparing himself for a medical at Old Trafford.

What do you think? How would you feel if Mata went to United? Let me know in the comments below…