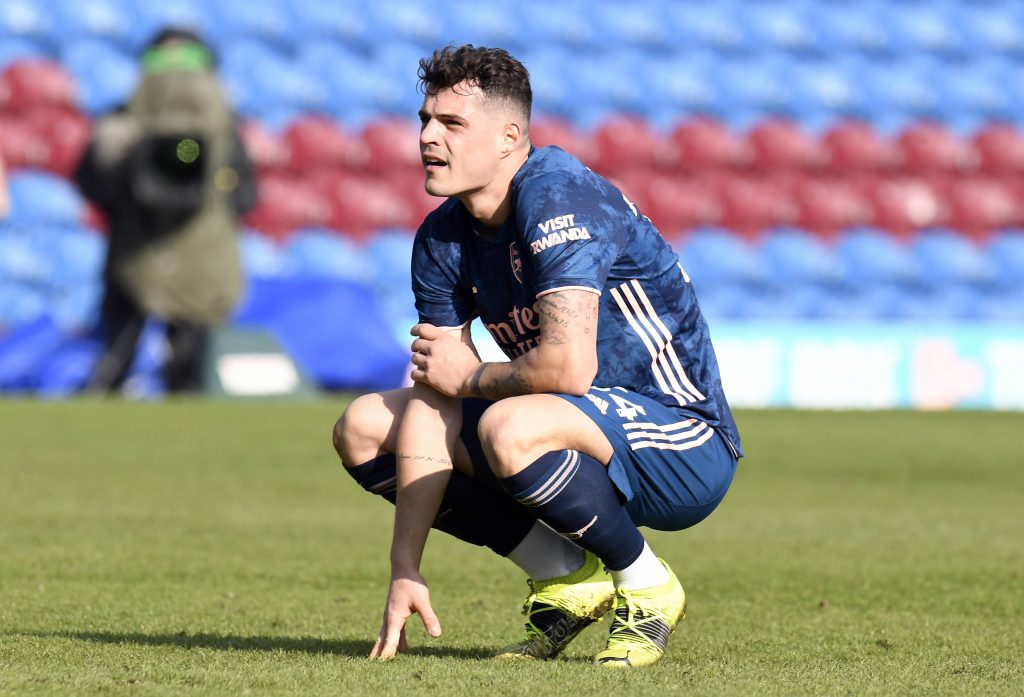 Arsenal goalkeeper Bernd Leno has reacted to Granit Xhaka’s blunder during the club’s 1-1 Premier League draw at Burnley on Saturday.

The Gunners took the lead after just six minutes through Pierre-Emerick Aubameyang and should have doubled the advantage with the chances handed to them.

However, they ended up going into the break with the scores level after a horrendous mistake from Xhaka. The Swiss midfielder asked for the ball from Leno in the six-yard box and attempted to clear across the face of goal.

Instead, the ball struck Chris Wood’s hip and bounced into an empty net with Leno rooted at the far post. That happened to be the final goal of the game despite chances for both sides for the remainder of the contest.

Speaking after the draw, Leno said that the club have been successful in playing out from the back, and Xhaka was unfortunate to gift the Clarets an equaliser against the run of play.

He told via BBC Sport: “We wanted to build out again because it had been working, and it was very unlucky from Granit [Xhaka], but it happens.”

“There is always risk to play out from the back, but this is our style. I think we have more than enough situations where it works to our advantage.”

The Gunners went into the match 10 points off the top four with a game in hand, and they missed a huge opportunity to pick up a victory at Turf Moor.

They could have had a penalty against Erik Pieters for handling the ball in the 72nd minute, but VAR judged the incident to be unintentional.

Dani Ceballos had the chance to win the game for the Gunners with seconds left on the clock, but his curled effort only found the woodwork.

The stalemate sees the Gunners nine points behind the Champions League places. Their focus will now shift to the Europa League tie against Olympiacos in midweek.

Xhaka was sent off in the previous meeting against the Clarets, and he had another day to forget with a howler which cost two points for the Gunners.

He is still Mikel Arteta’s main man in the centre of the park and will be keen to redeem himself during the first leg of the Europa League last 16 on Thursday.