Chelsea set to bid for £30m Belgian midfielder, Juventus in talks with player 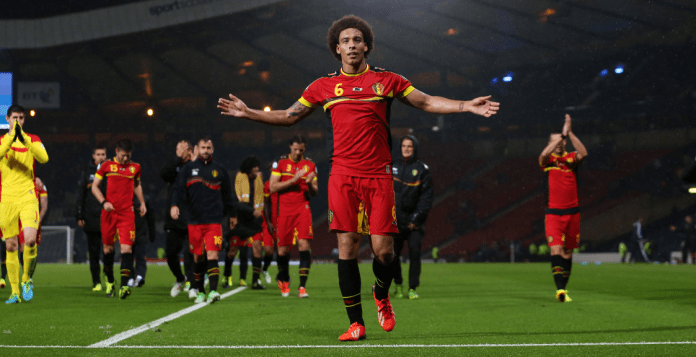 Reports in the English media state that Chelsea are keen to bring in an alternative to Cesc Fabregas and Witself is the perfect candidate.

The Blues suffered in the second half of the season due to the dip in form of the former Arsenal captain and Mourinho is keen to address the lack of depth in central midfield this summer.

Witsel has already expressed his desire to leave Russia and has often been linked with a move to the Premier League and the Serie A.

It is believed that Juventus are in talks with the player’s representatives and are keen to strike a cut price deal for the coveted Belgian.

The Champions League runners up are set to lose Pirlo, who will head to the MLS now. Witsel has been lined up as the perfect replacement for the Italian international and is believed to be closing in on a move to Juventus.

However, his agent Mendes enjoys a good relationship with Jose Mourinho and the according to reports in France, the super agent is keen on bringing his client to Stamford Bridge this summer.

Witsel is a superb passer like Fabregas and has added defensive abilities which will come in extremely handy against the top sides. Mourinho’s midfield has been overrrun at times this season (notably against PSG) and the Chelsea manager is desperate to turn it around next season.

Axel Witsel is set to move this summer and if Mourinho can convince the Belgian, it would represent another transfer masterstroke from Chelsea who will land a top class player in his peak, for a bargain price.